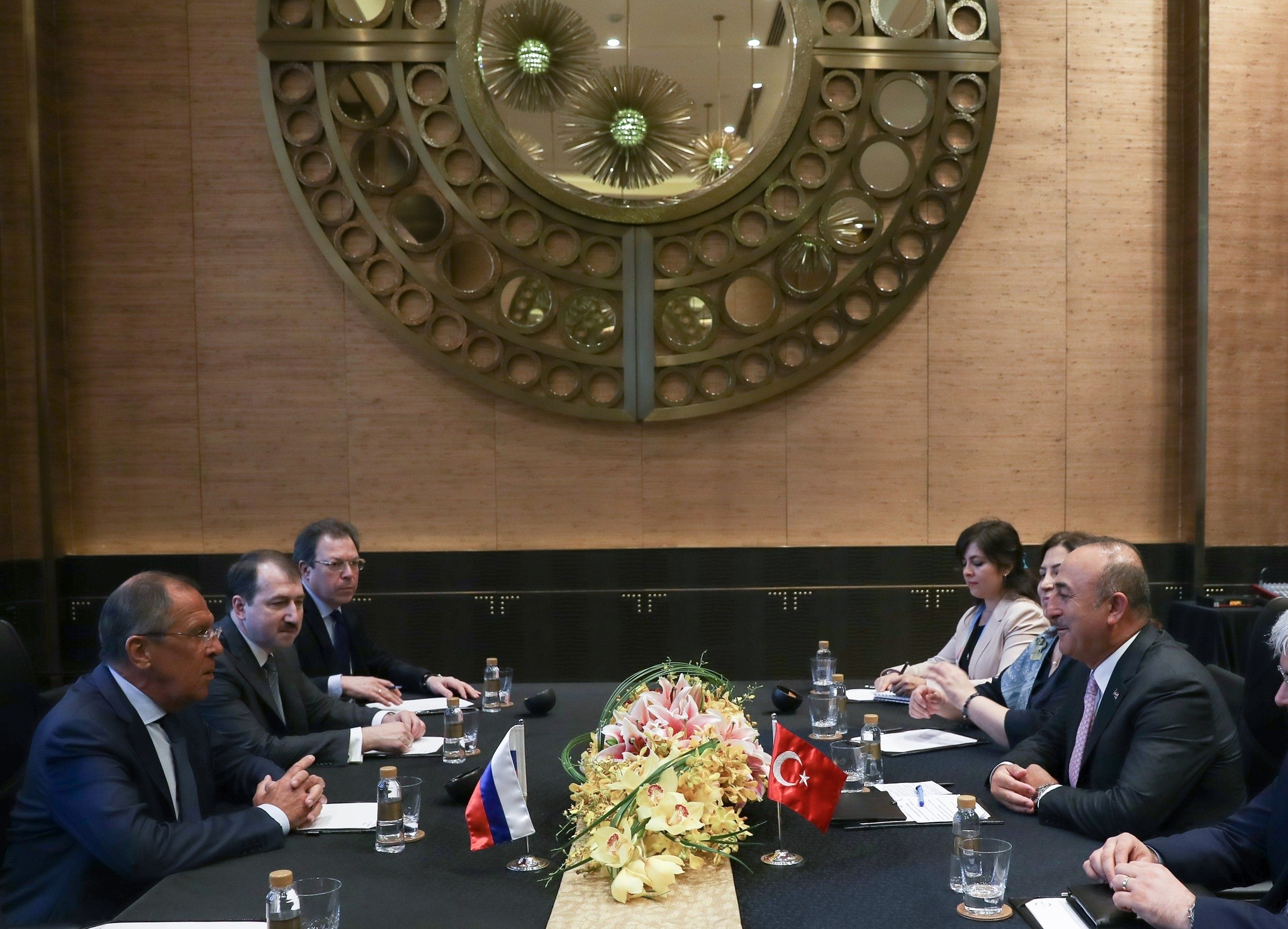 Minister of Foreign Affairs Mevlüt Çavuşoğlu and his Russian counterpart Sergey Lavrov reiterated their determination to enhance bilateral cooperation in terms of Syria on Sunday after meeting on the sidelines of ASEAN summit.

Speaking to journalists in Philippine capital Manila, Çavuşoğlu said that the meeting with Lavrov involved discussions of the situation in the war-torn Syria and bilateral ties between the two countries.

"As you know, we evaluated [the situation in] Syria. We also discussed preparations for the upcoming Astana meeting. We evaluated the visa issue, [exports of] some products, again mainly tomatoes. Essentially, there is nothing serious left [on our agenda] other than tomatoes," Çavuşoğlu said.

He also said that the two sides discussed ways to further improve economic relations, adding that the meeting was useful.

The Turkish foreign minister is scheduled to have a short meeting with the U.S. Secretary of State Rex Tillerson during dinner.

Meanwhile, Russian foreign ministry said in a statement that Lavrov and Çavuşoğlu "substantively discussed the situation in Syria, including within the context of implementing the memorandum on creation of de-escalation zones in the Syrian Arab Republic, strengthening the ceasefire procedures in the country and promoting the establishment of the process of political settlement."

Çavuşoğlu traveled to the Philippines on Friday to participate in the 50th Foreign Ministers meeting of the Association of Southeast Asian Nations (ASEAN).

Turkey, which has been invited as a guest to the ASEAN meetings since 2013, aims to develop bilateral relations with the countries in the Asia-Pacific region, as they have increasing importance in international politics, the global economy and commerce.