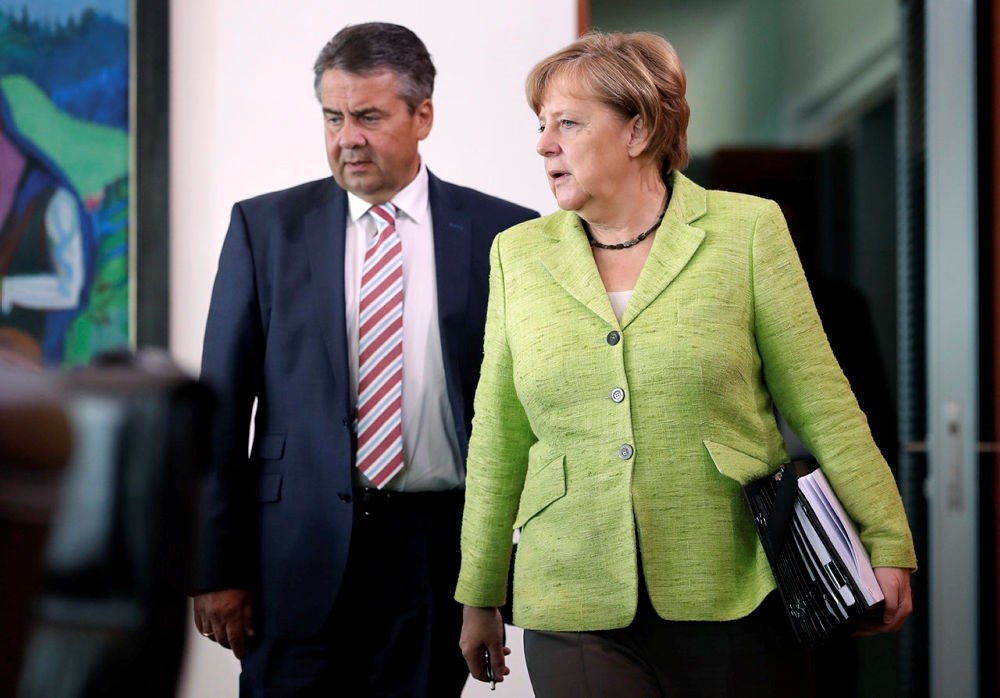 The German government signaled a willingness on Monday to normalize relations with Turkey, but also demanded changes in Ankara's rhetoric and policy towards Berlin, amid months-long tensions between the two countries.

"We are ready to extend a hand to Turkey. But a new beginning requires changes in Ankara, both in terms of tone and factual matters," Foreign Minister Sigmar Gabriel said in an interview with the Stuttgarter Nachrichten newspaper.

His remarks came after Turkey's government sought to tone down the current war of words between the two countries, which has escalated ahead of Germany's general election next month.

Gabriel voiced concern over the detention of nine German citizens in Turkey, including a reporter and a human rights activist, who are accused of providing support to terrorist organizations.

He repeated Berlin's call for the release of the German nationals.

Despite his sharp criticism of Ankara, the Social Democratic Party (SDP) politician did not back opposition calls to end Turkey's membership talks with the European Union.

"The European Union is basically a community of values. Turkey has long aspired to become a member of this community. Then it must accept our European values as its own, and also act accordingly," he said.

Chancellor Angela Merkel's Christian Democratic bloc (CDU/CSU) and its SDP coalition partners have come under growing pressure recently as opposition parties criticize the government for being "too soft" on Turkey.

Merkel's government sharpened its tone last month, and announced several economic measures in an attempt to increase pressure on Ankara.

Ties between Ankara and Berlin have been strained in recent months as Turkish leaders slammed Germany, accusing it of turning a blind eye to the activities of outlawed groups and terrorist organizations hostile to Turkey.

Ankara has also criticized Berlin for failing to demonstrate strong solidarity with the Turkish people in the wake of the defeated coup in July 2016, that left 250 people martyred and some 2,200 injured.

The Fetullah Terrorist Organization (FETO), which organized the foiled coup bid, has a large network in Germany, with dozens of private schools, businesses and media organizations.

Since the coup attempt, nearly 4,000 FETO suspects have come to Germany from Turkey and other countries, according to local media reports.

Apart from FETO, the terrorist PKK group is also active in the country, and carries out significant propaganda, recruitment and funding activities.

The group has nearly 14,000 followers among the Kurdish immigrant population in Germany, according to the BfV domestic intelligence agency.