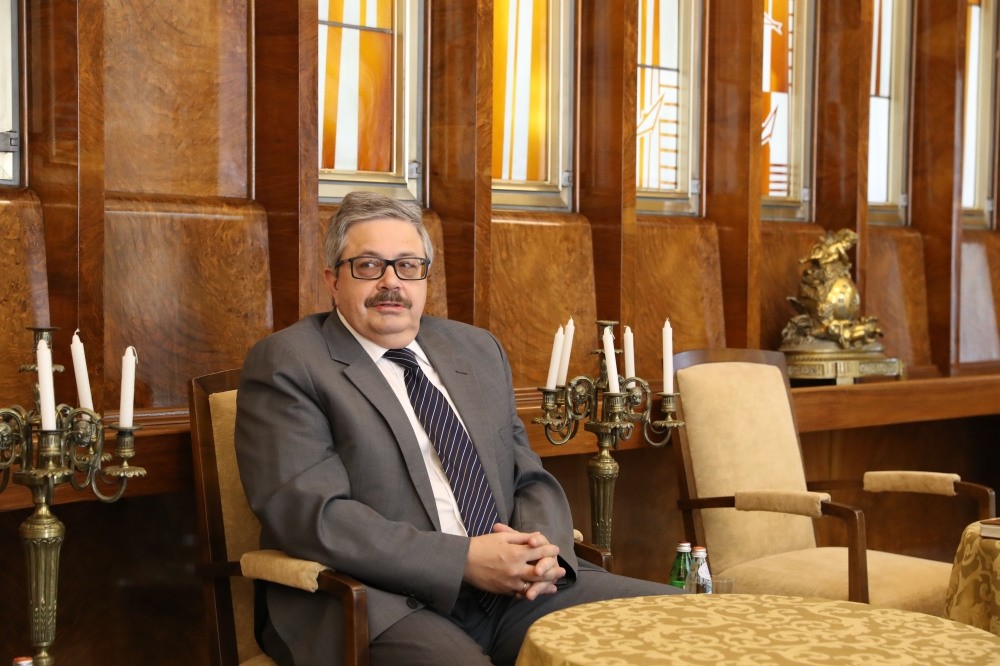 Erkhov said that Moscow is aware of Turkeyu2019s YPG concerns and remains carefully informed about the matter.
by Ali Ünal Oct 22, 2019 1:05 pm

Russian Ambassador to Ankara Aleksei Erkhov said that Russian-Turkish collaboration and its synergy is destined to bear results, adding that he is not concerned regarding his assignment in Ankara. Speaking to a group of journalists in Ankara on July 8 in his first interview in Turkey, Erkhov said that the current level of bilateral relations between Turkey and Russia has reached a significant level, adding that the future of Turkish-Russian relations is promising. "Political relations are the fastest developing dimension of our relations. The diplomacy between Russian President Vladimir Putin and Turkish President Recep Tayyip Erdoğan over the phone recently has gained serious momentum," Erkhov said. "Recently, our countries have started to take joint steps regarding regional and global issues as well as the Syria issue, which is the most significant, among other issues. Turkey and Russia have had a very good relationship in the context of the Astana process." In recent days, the Turkish Armed Forces (TSK) have deployed a significant number of soldiers to the border province of Kilis in a move that is interpreted as a signal of intervention in the town of Afrin in northern Syria, which is currently held by the PKK's Syrian affiliate the Democratic Union Party (PYD). Moreover, Erdoğan said over the weekend that the military plans to make new moves in the region. 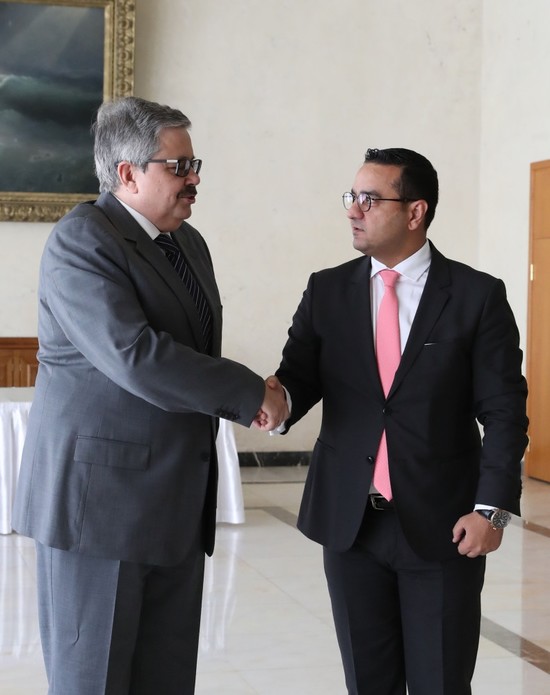 Responding to a question about Russia's reaction to the Turkey's military's intervention, Erkhov said that he cannot comment on a hypothetical case. "In light of the recent developments, we can all see that the situation in northern Syria is very sensitive now and the precarious nature of the situation necessitates further cooperation between our countries. Rest assured, the dialogue process is ongoing," he said. "While we know that the situation in northern Syria is fragile, at the same time, we currently don't know how this situation is going to evolve. It's very difficult to predict, so I specifically refrain from commenting on the various possibilities."

Regarding Ankara's concerns over the PYD's People's Protection Units (YPG) militia, Erkhov said that Moscow is aware of these concerns and remains carefully informed about the matter, pointing out that Syria's opposition-held Idlib province is one of the areas where Russia wanted to establish a new de-escalation zone. Turkish officials have announced that a joint Russian-Turkish task force could guarantee the safety of the nearly 2 million residents in the war-torn city of Idlib. With respect to issues in the city, the Russian envoy also said that given the current conditions, it is extremely difficult to comment, adding that it is important to make an assessment of the future of the city, stressing that there are dozens of terrorist groups that have maintained their presence in the city: "It would have been nice to solve the problems with a snap of our fingers, but there are too many actors and contributing factors on the ground. Therefore, we may require additional time and effort."

'Astana talks will not substitute for Geneva process'

The Russian ambassador is a prominent diplomat who previously served in various countries in the Middle East throughout his career, as well as in Istanbul, where he was serving as the Russian consul general.

He was appointed as Russia's new ambassador to Ankara in May, nearly five months after the assassination of former Ambassador Andrey Karlov on Dec. 19, 2016. Erkhov officially began to serve in Ankara after presenting his letter of credentials to Erdoğan on July 28. Underlining the significance of the ambassador's duties in Turkey, Erkhov said that he is honored to serve in Ankara as ambassador, adding that he has no security concerns. With respect to the ongoing investigation into the assassination of Karlov, Erkhov refrained from commenting on this issue due to the ongoing investigation. 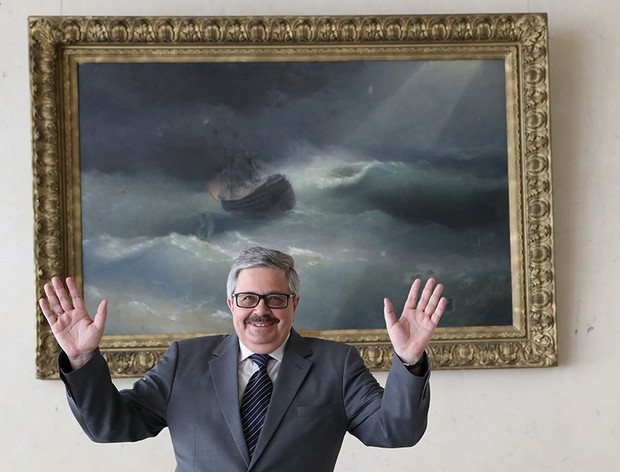 'Too much noise about S-400 both in Washington and Brussels'

Ankara's ongoing negotiations regarding the purchase of Russia's S-400 missile defense system in order to fulfill the country's defense needs remain a top concern in Washington, as Erdoğan announced on July 24 that the deal with Russia had been signed. If Ankara and Moscow reach a conclusive decision, Turkey will be the first NATO member to purchase Russian missile defense system despite concerns raised by NATO officials and the U.S.

Regarding the latest developments surrounding the S-400 negotiations, Erkhov declined to comment due to the sensitivity of the issue: "There have been very detailed, ongoing discussions regarding this issue in both the Russian and Turkish media. Moreover, too much noise regarding this issue has been raised in both Washington and Brussels. … Thus, considering my position as ambassador, everything I have said on the issue could potentially be misused or perceived differently."

Although Russia in recent months has removed most of the sanctions on Turkish goods that were imposed after crisis that ensued after Turkey downed a Russian jet in November 2015, the ban on Turkish tomato imports remains in effect. Emphasizing Russian farmers' significant investments in tomato farming, the Russian envoy said that in the scope of these investments, the interests of Russian producers will be taken into account amid efforts to solve the issue: "While economic conditions and the interests of Russian producers must be taken into account, we would also like to find common ground on this issue. Our experts are talking about a seasonal solution that would allow for the importation of Turkish tomatoes during some months of the year. A Turkish and Russian delegation will discuss this issue during the İzmir fair on Aug. 18."

'First unit of Akkuyu power plant will be ready in 2023'

Turkey and Russia are currently moving forward regarding two major projects, one of which being the ongoing Turkish Stream pipeline project that will potentially pump Russian gas under Turkish waters in the Black Sea and on to Europe. In that regard, Turkey's state-owned Petroleum Pipeline Company (BOTAŞ) has in recent weeks announced that they have reached an agreement on financing the Turkish Stream pipeline with Russia's state-owned gas and oil giant, Gazprom. Moreover, Russia's national nuclear energy corporation Rosatom continues construction of Turkey's first nuclear power plant in Akkuyu. However, speculation has emerged regarding these projects since the U.S and EU imposed new sanctions on Russia last week. Commenting on this issue, Erkhov said that they are examining the possible consequences of the new sanctions on these projects, but he also assured that both projects continue to remain on track and the Akkuyu Nuclear Power Plant will be ready to launch the first unit on Turkey's centenary in 2023.