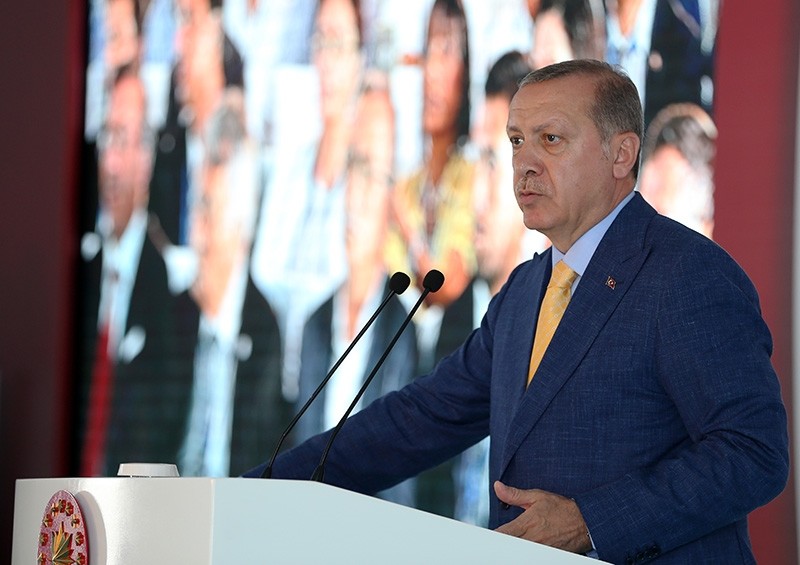 President Recep Tayyip Erdoğan said he believes the ongoing tensions between Turkey and Germany are the result of domestic politics, mainly due to the upcoming elections in the country, highlighting that he expects relations between the two countries to return to normal after Germans go to the polls.

Speaking at the opening ceremony of a beverage facility in the western Isparta province on Saturday, President Erdoğan said that European countries exploit relations with Turkey during their election periods.

"We know that most of the criticism European countries direct toward us have to do with their domestic politics," Erdoğan said.

He referred to the Netherlands' attitude during Turkey's April 16 Constitutional Reform Referendum, which he said was completely based on their interests in the elections.

"In the past, countries like Austria and France have also resorted to such measures," Erdoğan said, adding that Germany is following the same path to damage relations with Turkey in order to garner votes in the election.

Following tensions over the referendum campaign, relations between Germany and Turkey were strained again in June after Ankara refused German lawmakers access to their soldiers stationed at İncirlik Air Base in the southern province of Adana.

The move was believed to be in response to Germany's position on Turkish deputies during the recent constitutional referendum period when Turkish officials were barred from holding rallies in Germany, drawing strong reactions from Ankara. Turkey also has long criticized Germany for not taking serious measures against the PKK, which carries out propaganda, recruitment and fundraising activities in the country.

After the İncirlik row, the German parliament voted to withdraw its Tornado aircraft and troops from the base and relocate them to a base in Jordan.

German lawmakers recently demanded a visit to their soldiers at a NATO air base in the central province of Konya where German troops are stationed as part of NATO operations.

With efforts from NATO, Ankara confirmed that it would allow a German parliamentary delegation to visit the base under the supervision of a senior NATO official.