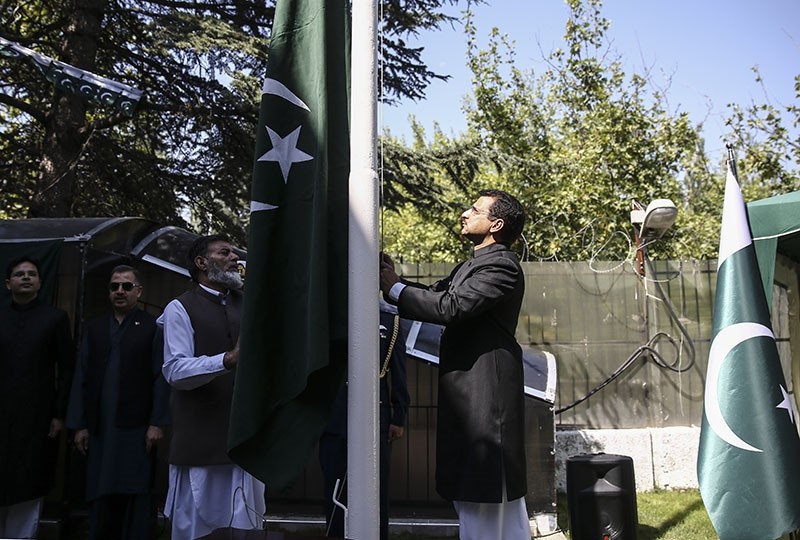 Syed Ali Asad Gilani, charge d'affaires of Pakistan in Turkey, highlighted the mutual cooperation between Turkey and Pakistan yesterday, saying the power of each country adds to their mutual strength.

"We continue to see the individual strengths of Pakistan and Turkey as our mutual strengths," Gilani said in Ankara during the ceremony marking the country's 70th year of independence.

The ceremony began with the hoisting of the national flag, followed by the reading of a message from Pakistan President Mamnoon Hussain.

Gilani added that Turkey stands shoulder to shoulder with its Pakistani brothers.

He thanked Turkey for sending SOLOTURK, a world-famous flight demonstration team, to Karachi and Islamabad to participate in the Independence Day parade.

Students sang the national anthem at the ceremony attended by military attaches and diplomats.

My heartfelt congratulations to the people of Pakistan for Pakistan's independence day. #PakistanZindabad

Syrus Sajjad Qazi, Pakistan's former ambassador to Hungary, will lead the embassy in Ankara, after he takes charge this September.