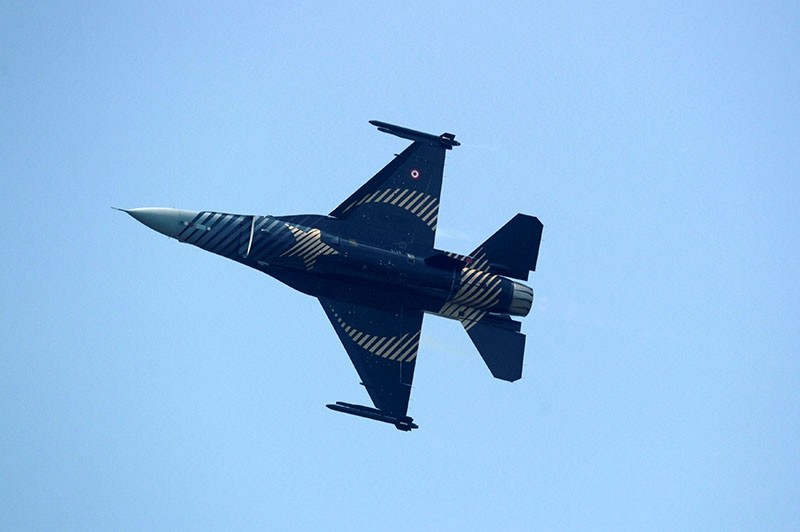 Pakistan marked its independence from British colonial rule with rallies, gun-salutes, flag-hoisting ceremonies and fireworks throughout the country.

The biggest event took place in Islamabad where Prime Minister Shahid Khaqan Abbasi and President Mamnoon Hussain led a flag-hoisting ceremony that was followed by an airshow that the Pakistani Air Force said was the "largest ever" in the country's history.

Chinese Vice President Wang Yang was the chief guest at the event, according to state-run Pakistan Television.

The day began with gun salutes in the federal capital and four provincial capitals-Karachi, Lahore, Peshawar and Quetta --, and Azad Kashmir and Gilgit-Baltistan regions.

Traffic came to a halt across the country as the national anthem was played at 8 a.m. local time (0500 GMT).

Wang congratulated Pakistan on its independence day and said the time-tested Sino-Pak friendship would last for generations to come.

"Our friendship is higher than the mountains, deeper than the oceans, stronger than steel, and sweeter than honey," PTV quoted the Chinese vice president as saying.

Meanwhile, thousands of people visited the mausoleum of Pakistan's founder -- Quaid-e-Azam Mohammad Ali Jinnah -- in the country's commercial capital Karachi to pay homage and witness the change of guard ceremony, which is one of the main attractions on Independence Day.

Thousands others wearing dresses in the colors of Pakistani national flag -- green and white flag-also gathered at northeastern Wagha border near Lahore city, which is next to neighboring India to witness the flag-hoisting ceremony chaired by Army Chief Gen. Qamar Javed Bajwa late Sunday night.

SOLOTURK team comprised of two F-16 jets piloted by Capt. Erhan Güner and Capt. Serdar Doğan who were supported by 11 other personnel.

"Today, I am feeling proud of Pakistani and Turkish air forces, and there is no doubt that both countries have the world's best pilots who can do anything " Gohar Ali, one of the spectators who witnessed the airshow, told Anadolu Agency.

Saba Ahmed, a young girl from Islamabad, said she was very happy to see the Turkish jets.

"I really enjoyed the air show today and I am especially thankful to the Turkish nation, government and their air force who participated in our country's birthday celebrations and made this event colorful for us," Ahmed said.

On Sunday, Pakistan Air Force officials had warmly welcomed the SOLOTURK team during a ceremony at the Air Force Headquarters in Islamabad, and called their participation at the air show as another sign of brotherly ties between both countries.

A separate airshow was also held by the sea in Karachi in which only Pakistani jets participated.
Last Update: Aug 14, 2017 5:15 pm
RELATED TOPICS