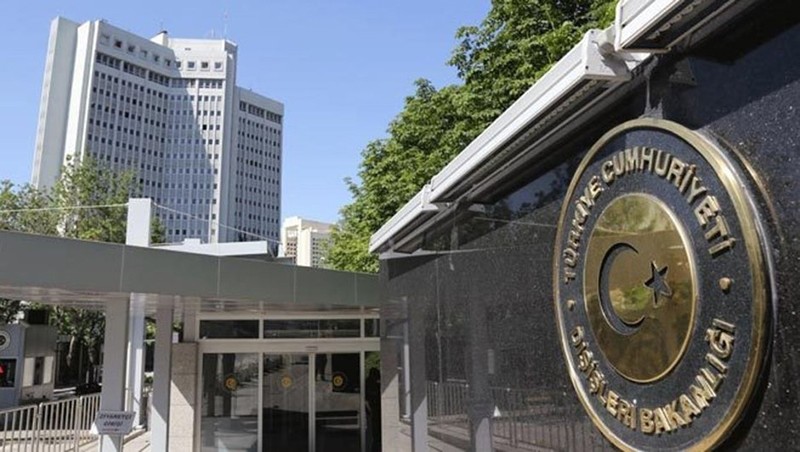 Turkey's Foreign Ministry issued a diplomatic note to Germany yesterday over reports that claim Adil Öksüz, one of the suspected masterminds of the failed coup attempt, was spotted in Germany.

According to diplomatic sources, Turkey issued the note and requested the extradition of fugitive Adil Öksüz, who is accused of perpetrating the July 15, 2016 coup attempt on behalf of the Gülenist Terror Group (FETÖ), if he is indeed in Germany.

The Ministry asked German authorities if they have any information about the whereabouts of the fugitive, urging them to investigate the claims.

Ankara has placed Öksüz in the "red category" of the country's most wanted terror suspects, offering a reward of up to TL 4 million ($1.1 million) for tips that lead to his capture. He is believed to have fled abroad as nationwide searches have failed to locate him.

Referred to as the "black box"of the Gülenist Terror Group (FETÖ), Öksüz reportedly acted as the "air force leader" of FETÖ.

The diplomatic note also stressed to the German Foreign Ministry the Extradition Treaty signed between the two countries, urging Öksüz's extradition if he is found in Germany.

Last week, Turkish media outlets reported that Öksüz was spotted in Frankfurt and Ulm, while others claimed that the German state of Baden-Württemberg granted him a temporary residency permit.

The state-run Anadolu Agency (AA) reported that German Foreign Ministry sources said there was no concrete information about whether or not Öksüz is in the country.

Öksüz, originally a theology lecturer who worked at a university in the city of Sakarya near Istanbul, was among the men dressed in civilian clothes who were captured near a military base used as a command center of putschists in the capital Ankara on July 15, 2016.

He was released hours later in a controversial ruling that was apparently based on Öksüz's defense that he was "near the base to look for a piece of land to buy."

Fetullah Gülen and Öksüz are being tried in coup cases that saw the detention and arrests of hundreds of military officers linked to FETÖ.

Gülen, a former preacher who has been living in Pennsylvania for years, denies the charges. He and Öksüz face multiple life sentences for their role in the coup bid that came three years after FETÖ infiltrators in the judiciary and law enforcement tried two other unsuccessful coup attempts.

Since the coup attempt on July 15, Turkey has worked tirelessly to locate FETÖ members worldwide, focusing on the commercial entities of the terrorist cult.

European countries, which have also been accused of harboring supporters of other terrorist groups, have failed to respond to Turkey's extradition demands, unlike Arab and Asian countries that have carried out most of Ankara's requests.

Germany is singled out among European countries for embracing some 250 fugitive diplomats and soldiers accused of involvement in the coup with suspected links to FETÖ.

A report titled, "The FETÖ Settlement in Germany and Germany's FETÖ Policy," has revealed that FETÖ has been using Germany as its main functioning center and that German authorities have embraced the structures of the group with open arms.

Unconfirmed reports say that about 4,000 FETÖ suspects left for Germany after the coup attempt while several suspects, including former military officers and diplomats accused of involvement in the coup bid, applied for asylum.

Germany is among the countries that Ankara accuses of doing little to address the terror concerns of Turkey. Turkish leaders frequently criticize Berlin for allowing activities of terrorist groups including the PKK terrorist organization and FETÖ.

FETÖ, which runs a global network of companies and schools, operates dozens of private schools, media outlets and companies in Germany as well.