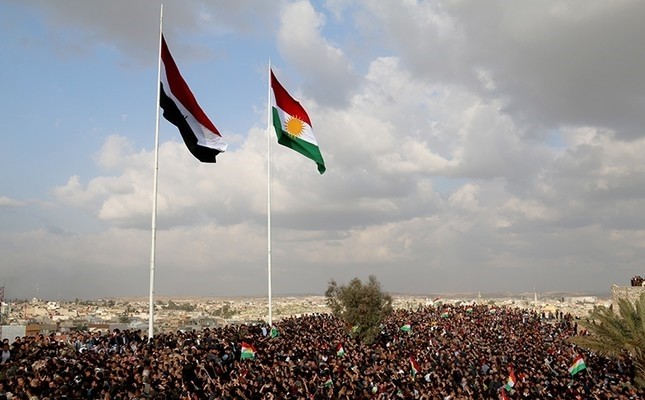 An Iraqi court on Thursday overrode an earlier decision by Kirkuk's provincial council to raise the Kurdish regional flag over public institutions in Kirkuk city.

In March, Kurdish members of Kirkuk's provincial council voted in favor of raising the Kurdish regional flag -- alongside Iraq's national flag -- over the city's public institutions.

The following month, the Iraqi parliament voted to disallow the practice, saying only the Iraqi flag should grace the disputed city's public buildings.

On Thursday, an Iraqi administrative court appeared to uphold the parliamentary vote, describing the provincial council's decision as "contrary to the law", according to a statement issued by the court.

"The court's decision is binding and must be implemented by the relevant parties," Tarek Harb, an Iraqi lawyer, told Anadolu Agency.

During the U.S.-led invasion of Iraq in 2003, Kurdish Peshmerga forces seized Kirkuk, prompting an influx of Kurds into the city, the population of which has historically been composed of Kurds, Arabs and Turkmen.

While Baghdad insists that Kirkuk is administratively dependent on Iraq's central government, the Patriotic Union of Kurdistan -- an influential political party in the region -- demands the city's incorporation into the semi-autonomous Kurdish region.

On Sept. 25, the Erbil-based Kurdish Regional Government plans to hold a region-wide referendum on proposed independence from the Iraqi state.