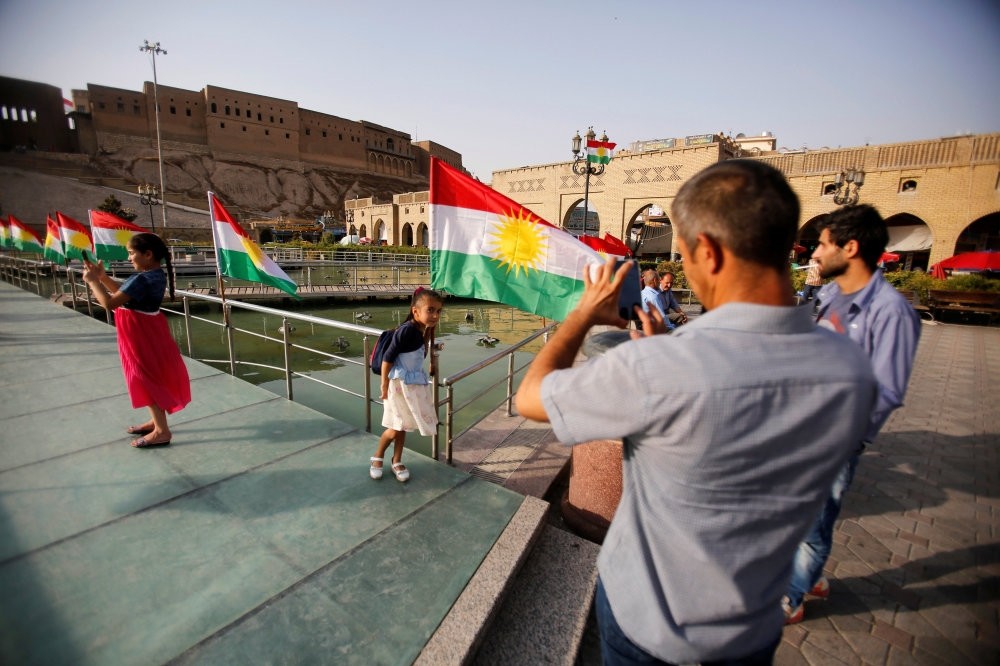 Ankara has opposed the KRG's independence referendum since its announcement, saying that Iraq already has many problems and a referendum would make the current situation worse

Ankara has given its reasons for opposing northern Iraq's Kurdistan Regional Government's (KRG) upcoming independence referendum, asserting that it would do more harm than good for Iraqi Kurds and the integrity of Iraq. "The main reason why we are against this referendum is to protect the political and territorial integrity of Iraq," presidential spokesman İbrahim Kalın said yesterday, adding that Turkey has no negative attitude toward Iraqi or Syrian Kurds. "Yet, we know that the [PKK] terrorist organization presents Turkey's attitude as being against the achievements of the Kurds, and Western media fuels this perception. If we had a problem with Kurds, we would not have such good relations with Kurds in northern Iraq as the Turkish state despite all the criticism against it," Kalın added.

Ankara has opposed the independence vote, saying that would be a "grave mistake" that would "result in undesired results" for regional peace and security.

Kalın added that although Turkey has and will continue to have good relations with the Irbil government, he contended the KRG should give up on the referendum, if they do not, there would be consequences.

"Even if they have a referendum, what will they do with the possible result of independence? Who will recognize their independence? None of the neighboring countries will recognize it. The Europeans and Americans also made their stance on the issue quite clear. That is why they will put themselves in trouble," Kalın said, explaining that the inclusion of Kirkuk in the referendum is another sensitive issue for Ankara. "The Irbil government does not have the right to do this since Kirkuk is dependent on the Bagdad government. It is a Turkmen city with a Kurdish and Arab population, and the result would be obvious when you include such a city in the referendum," he said, contending that neither Turkmens nor Arabs would participate in the referendum.

Speaking after a Cabinet meeting in Ankara, Deputy Prime Minister Bekir Bozdağ, also the government spokesman, also said on Tuesday that Ankara is against any attempts that pose a threat to peace and stability in the region, including the KRG referendum, which proposes to declare independence from the central government in Baghdad.

Since the KRG announced its plan to hold the referendum, the international community has made many statements about it. However, so far only Israel supports it. The harshest statement against the referendum came from the Iraqi government, claiming that the referendum is not constitutional and would create more problems for the country. The Iraqi central government, Iran and the EU have also said they defend the territorial integrity of Iraq while the U.S. demanded the postponement of the referendum. Russia, on the other hand, has said that although they see the referendum as the result of Kurdish demands, the views of neighboring countries should also be considered on such an important issue.

With a population of around 5 million people, Iraqi Kurdistan enjoys a high degree of autonomy. It has its own parliament and armed forces, but has clashed with the central administration in Baghdad over distribution of oil revenues and control of some areas under the central Iraqi administration.