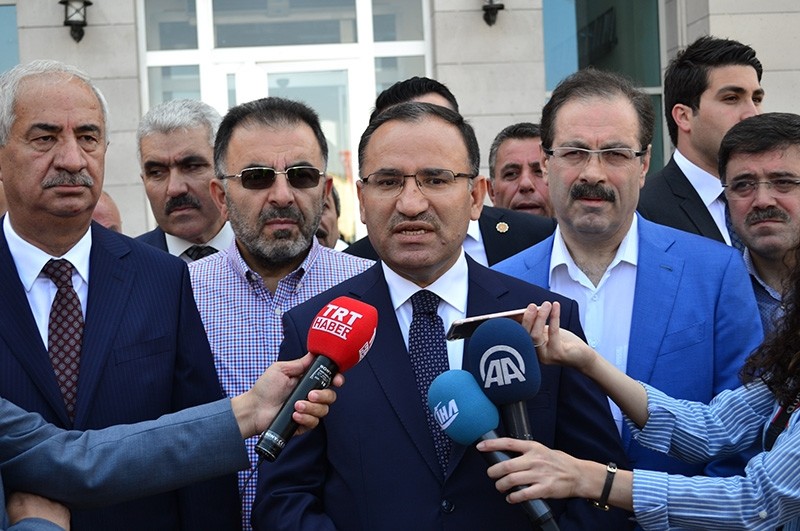 Speaking to reporters in central Turkey's Yozgat province, Bozdağ said the comments pronounced by the German official were "disrespectful and insolent."

The German foreign minister criticized the Turkish president's remarks saying they constituted an interference in the German general election, which is scheduled to take place on Sept. 24.

"Our honorable president's call [was aimed at] those Turkish-origin [voters] who obtained citizenship in Germany and acquired the right to vote there, not other German citizens," said Bozdağ.

"This is very clear, but despite this, there are statements [from the German side] that are very disrespectful, insolent and surpassing the boundary of modesty. I want to say that I condemn those statements [...]."

He also accused German politicians, as well as the country's state-run broadcasters, of backing the "no" campaign -- not supported by the Turkish government -- during the referendum campaign.

Turkey voted on April 16 to approve changes to the country's constitution, which would usher in an executive presidency.

Bozdağ also said Berlin was clearly protecting the PKK terrorist group and that Germany had become a safe haven for the members of the Gülenist Terror Group (FETÖ).

"[The PKK] carries out all kinds of propaganda there," said Bozdağ.

The PKK -- listed as a terrorist organization by Turkey, the U.S., and EU -- resumed its decades-old armed campaign in July 2015 and have claimed 1,200 lives, including members of security forces and civilians.

Bozdağ said Berlin had yet to react to the 4,500 dossiers handed by Ankara regarding the PKK terrorists' activities in Germany.

He also said Ankara had not received a response from German authorities over the alleged presence of a key suspect in last year's attempted coup.

Adil Öksüz is said to be the civilian leader of air force personnel loyal to FETÖ, which Ankara accuses of staging the July 15 coup attempt.

Earlier this week, Ankara had issued a diplomatic note to Berlin asking whether Öksüz was in Germany.