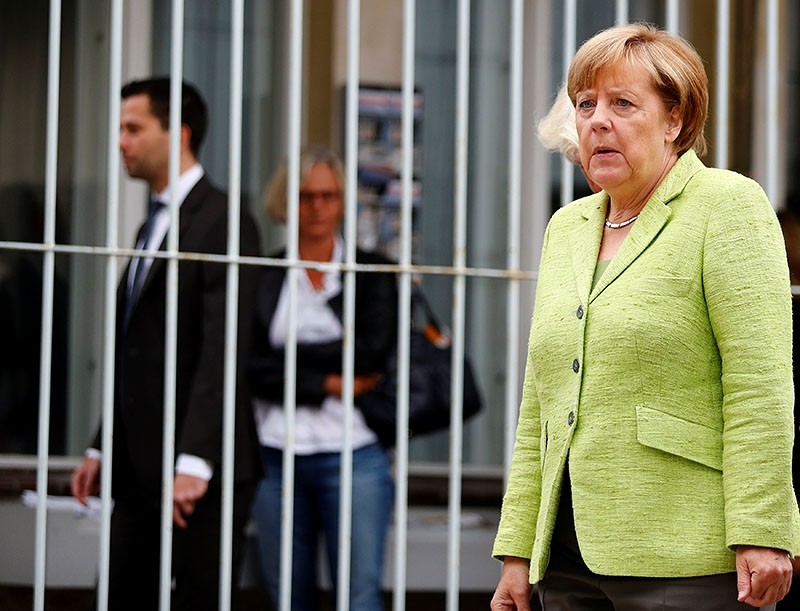 The Interior Ministry said on Tuesday that German Chancellor Angela Merkel's remarks on how Turkey uses Interpol were unacceptable and that Germany's protection of a criminal charged with murder is contrary to mutual agreements.

According to the Interior Ministry statement, Erdoğan Akhanlı, a suspect warranted by Interpol at Ankara's request, is suspected of killing a businessman during an armed robbery along with two PKK terrorists in 1984. The ministry said that it is a serious crime and a non-political issue. Ankara submitted an international request for his arrest in 2013.

After being arrested in Spain on Saturday, Akhanlı was released shortly after Merkel pressed the country not to extradite him to Turkey amid rising tension between Ankara and Berlin.

According to the statement, Merkel's claims that Turkey abuses the international system were unacceptable and Turkey had followed normal procedures in accordance with international law during the request for Akhanlı's arrest.

The ministry statement also said that what it called Interpol's failure to comply with its own rules harms its credibility and objectivity.

Tensions between Ankara and Berlin have increased as Turkish politicians blame Germany for turning a blind eye to the PKK, which is listed as a terrorist organization by the U.S., Turkey and EU, as well as other groups Ankara considers to be terrorists, including the Gülenist Terror Group (FETÖ).

On the other side, German politicians have criticized Ankara for the detention of German nationals as part of counterterrorism investigations and operations. Merkel and other German politicians recently said that the EU Customs Union Agreement should not be updated with Turkey. The remarks were met with accusations from Turkish officials who accuse Berlin of using the customs deal as a political tool against Turkey and manipulating Turkish-EU ties for Germany's short-term political interests.