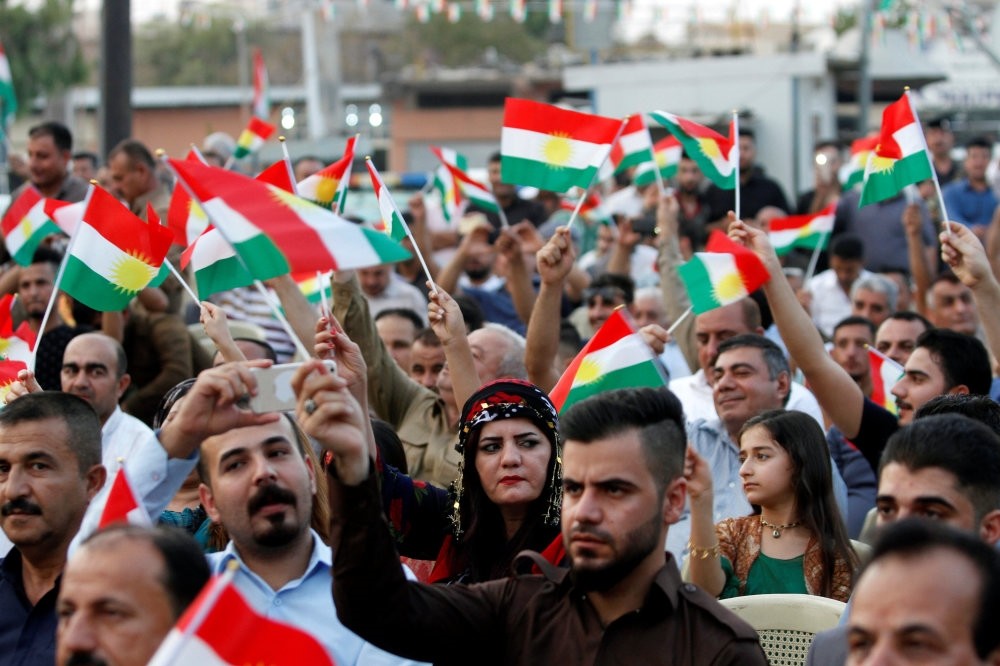 Foreign Minister Mevlüt Çavuşoğlu is in Iraq today to hold meetings both in Baghdad and Irbil as the Kurdistan Regional Government (KRG) heads toward an independence referendum on Sept. 25 for Iraqi Kurdistan. According to sources from the Foreign Ministry, Çavuşoğlu will meet Iraqi Foreign Minister Ibrahim al-Jaafari, President Fuad Masum, and Prime Minister Haider al-Abadi in Baghdad on Aug. 23. Çavuşoğlu will also meet with Iraqi Turkmen politicians. After the meetings in Baghdad, Çavuşoğlu is expected to visit Irbil, the capital of Iraqi Kurdistan, where he will hold talks with the KRG President Masoud Barzani.

The fight against terrorism and the independence referendum are thought to be at the top of the agenda.

Ankara has voiced its concerns over the planned referendum and contended that the referendum's aftermath would cause further turmoil in the region. "An independence referendum would only worsen the situation in the country, which is already experiencing a lot of problems. God forbid, it could even lead the country to civil war," Çavuşoğlu said on Aug. 16. He called the referendum a great risk for the future and said there is a need for resolution between Baghdad and Irbil.

Stressing that Turkey advocates maintaining Iraq's territorial integrity, President Recep Tayyip Erdoğan also criticized the KRG referendum, calling it an error. He asserted in June that taking such a step does not benefit anyone.

Barzani announced the decision to hold the referendum on June 7. Baghdad strongly criticized the move, saying that it is unconstitutional and unilateral. In the referendum, voters will be asked whether they support independence or not. However, Iraqi Kurds will not attain independence if the referendum passes. Baghdad has also stressed that they will not recognize the result.

Aside from Turkey and the Iraqi central government, the decision has faced criticism from other countries as well. The U.S., Russia, the EU and Iraq's neighbor Iran have all raised concerns that the referendum might have undesirable results.

Meanwhile, amid ongoing disputes, Barzani ruled out rumors that Irbil might agree to postpone the referendum under promises from Baghdad to pay Peshmerga salaries or implement Article 140 of the constitution that addresses the issues of disputed areas. However, speaking in Irbil on Aug. 21, Barzani said the referendum on independence is already being held late and cannot be postponed under pretexts from Iraq because trust no longer exists between Irbil and Baghdad. Barzani's comments came after a KRG delegation completed a week of meetings in Baghdad. "The only way the KRG could agree to postpone the vote is if there is a better alternative, better guarantees," he said, adding that such guarantees do not exist at present.