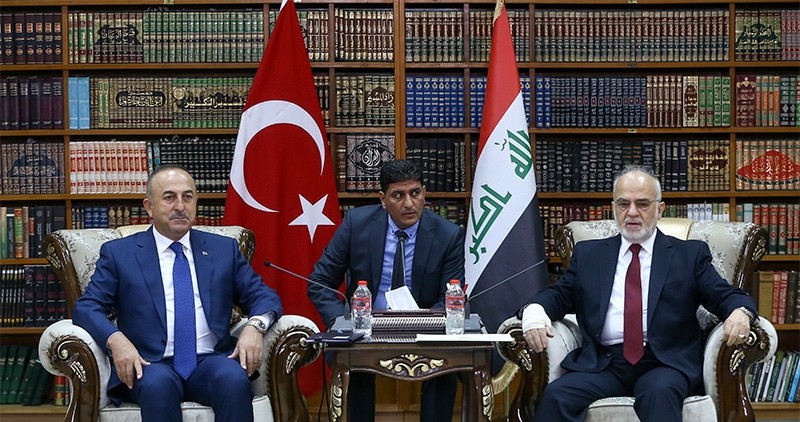 Turkey will cooperate with Iraq to defeat the PKK terror group in the country, Foreign Minister Mevlüt Çavuşoğlu said Wednesday, as he reiterated the country's determination to also fight Daesh and support Iraq's territorial integrity.

Speaking at a news conference with his Iraqi counterpart Ibrahim Jafari in Baghdad, Çavuşoğlu said that the PKK terrorist group also poses a threat to Iraq's security.

"We will work together to ensure that the PKK is defeated in Iraq" Çavuşoğlu said, highlighting that the PKK poses a threat, the same way Daesh terrorists do.

Çavuşoğlu also touched upon the upcoming referendum in the Kurdistan Regional Government (KRG)-administered Northern Iraq, saying that Turkey opposes it.

The foreign minister noted that Turkey is ready to contribute to resolve the issues between the local and central administration in Iraq.

Çavuşoğlu added that Turkey expects the KRG in northern Iraq to cancel the upcoming referendum on independence.

Regarding the Bashiqa Camp, where Turkish troops are stationed to train local forces in the fight against Daesh terrorists, Çavuşoğlu said that the two countries will decide when troops will be withdrawn.

Located about 30 kilometers northeast of Mosul, Bashiqa Camp became a source of dispute between the two countries after the Iraqi parliament passed a motion urging withdrawal of Turkish troops in December.

"Technical talks by special representatives regarding this issue are still ongoing" the foreign minister added.