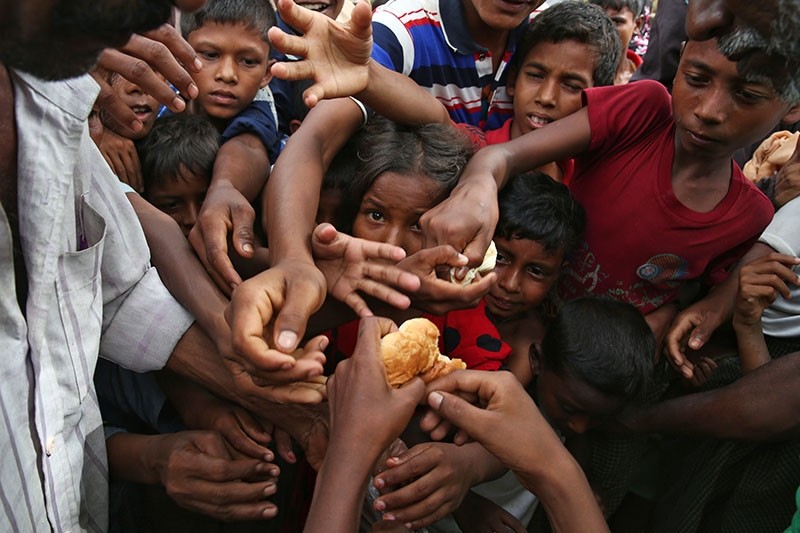 Erdoğan stressed that the U.N.'s urgent intervention and rallying of international community on the issue is of crucial importance.

All mechanisms should be used to put pressure on the government of Myanmar, Erdoğan said, adding that Turkey was doing the best to provide humanitarian aid and it is ready to provide more.

The president said that it is unacceptable for Myanmar's security forces to attack innocent Rohingya Muslims and use disproportionate force against civilians using the attacks Aug. 25 in northern Rakhine State as a pretext.

Erdoğan noted that Turkey is in contact with international organizations such as the Office of the United Nations High Commissioner for Refugees (UNHCR) or the Organisation of Islamic Cooperation (OIC) alongside the U.S. and countries of the region as Bangladesh, Indonesia, Malaysia and Thailand.

Guterres thanked Erdoğan for his sensitivity on the issue and informed the president of the efforts conducted to end the humanitarian crisis.

The duo also agreed to keep in touch over efforts to come up with a solution to the crisis.