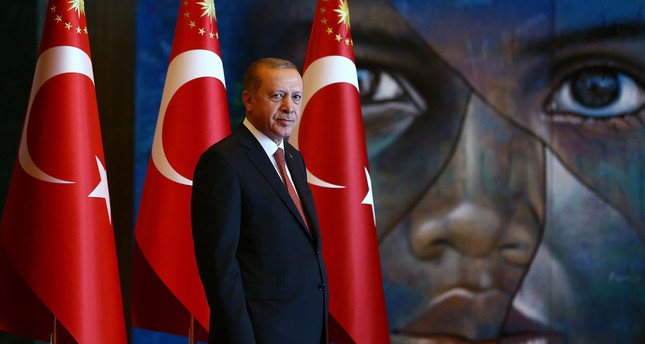 President Recep Tayyip Erdoğan held phone calls with many Muslim leaders on Thursday to call for intensified efforts to solve the humanitarian crisis in Myanmar, according to presidential sources.

Speaking to the heads of states of eight countries on the occasion of Eid al-Adha, or Qurban Bayram as it is known in Turkey, the president conveyed his concerns about the situation in Rakhine to the King of Saudi Arabia Selman bin Abdulaziz Al Suud, the Kuwait Emir Sheikh Sabah El Ahmed El Sabah, Azerbaijani President Ilham Aliyev and Bangladesh President Abdul Hamid.

He called on the leaders to intensify their efforts to find a solution to the humanitarian crisis in the southeast Asian country.

Giving his best wishes for Qurban Bayram, the president said that the problems in Syria, Iraq, Yemen, Palestine, Libya and the violence against Rohingya Muslims in Myanmar have cast a shadow over the holiday and deeply saddened the Islamic world.

The sources also said that Erdoğan's telephone diplomacy on the issue will continue.

Violence erupted in Myanmar's Rakhine state on Aug. 25 when the country's security forces launched an operation against the Rohingya Muslim community. It triggered a fresh influx of refugees towards neighboring Bangladesh, though the country sealed off its border to the refugees.

Share on Facebook Share on Twitter
Previous in Diplomacy Turkey will continue to stand with the people of Tal Afar in the post-Daesh... Next in Diplomacy President Recep Tayyip Erdoğan blasted the U.S. justice system on...
DAILY SABAH RECOMMENDS