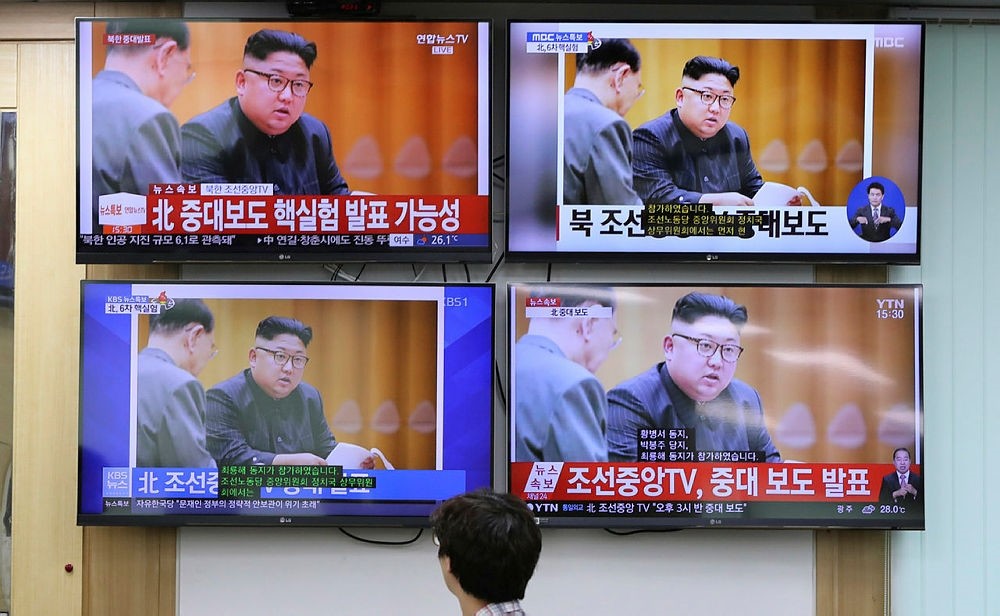 The ministry also said in the statement that the hydrogen bomb test is "in total disregard of international law as well as regional peace and security."

North Korea claimed it had successfully tested a hydrogen bomb that can be loaded onto an intercontinental ballistic missile (ICBM).

Tensions have spiraled in recent weeks, with North Korea testing an intercontinental ballistic missile (ICBM) and threatening to fire missiles towards the US Pacific island of Guam and President Donald Trump warning he would rain "fire and fury" on the country.

Last week the North fired a missile over Japan and into the Pacific. After the missile launch, Trump tweeted that the time for talks was over.

"The US has been talking to North Korea, and paying them extortion money, for 25 years. Talking is not the answer!" he wrote.

Trump had previously pledged the North would not get an ICBM and has warned that Washington's weapons are "locked and loaded".