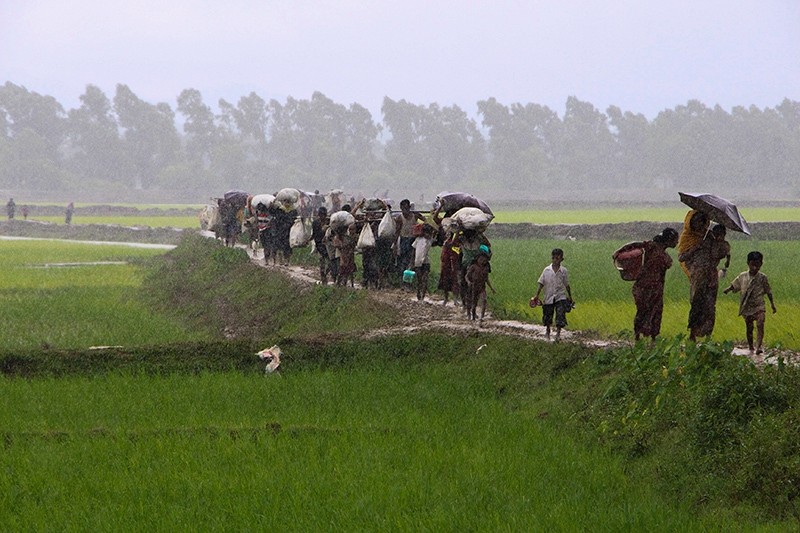 Erdoğan will hold talks with Suu Kyi as part of Turkey's efforts to put an end to the persecution of Myanmar's Muslim minority.

"We are striving not to reduce, but to end violence in the Rakhine state. President [Erdoğan] has spoken with many leaders and tried to tell them about the persecution, and his contacts continue," Çavuşoğlu said.

The foreign minister added that Turkey will continue to raise awareness about the Rohingya Muslims during next week's Syria talks in Kazakh capital of Astana and during the United Nations General Assembly in New York.

"We are trying to set an important meeting with heads of governments in New York. We will try to maintain our contacts. Without a permanent solution, persecution will only increase. We must show the whole world that Muslims are not alone. Our efforts will continue," Çavuşoğlu said.

Meanwhile, speaking to the public in Istanbul on Monday, President Erdoğan said that he will bring the humanitarian crisis involving Myanmar's Rohingya before the agenda of the U.N. General Assembly meetings.