US charges against former Turkish minister have no legal basis: justice minister 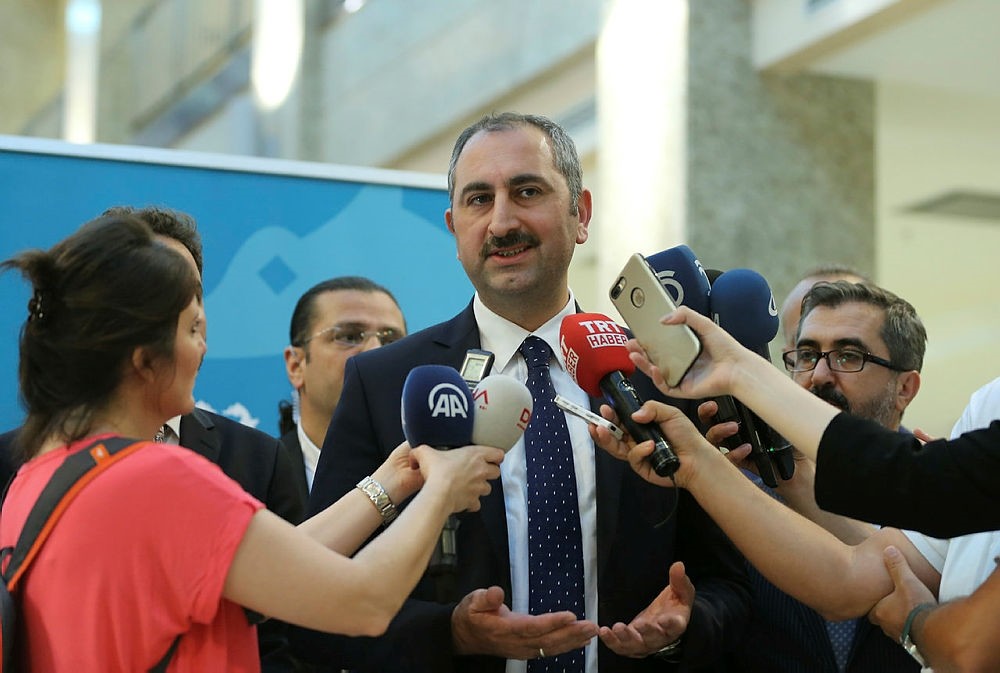 Attending the court year opening day ceremony in Istanbul, Çağlayan told reporters on Friday that the claims against Çağlayan along with eight other Turks and one Iranian national were fabricated by the Gülenist Terror Group (FETÖ) and are now being used by U.S. authorities.

The minister stated that taking such claims into court is a big scandal for the U.S. government, a move the minister said "would cast a shadow on its legal system."

U.S. prosecutors charged the former Turkish economy minister, who is also the former general manager of state-owned Halkbank, Süleyman Aslan, and two others for conspiring to evade U.S. sanctions against Iran, the U.S. state attorney's office in the southern district of New York said in a filing Thursday.

A U.S. court later issued an arrest warrant for Çağlayan, who is also the former general manager of state-owned Halkbank, Süleyman Aslan, and two others.

The indictment broadens a case targeting Turkish-Iranian gold trader Reza Zarrab - arrested in March 2016 - over sanction evasion, which has fueled tensions between the U.S. and Turkey.

Çağlayan and Aslan are charged with "conspiring to use the U.S. financial system to conduct hundreds of millions of dollars' worth of transactions on behalf of the government of Iran and other Iranian entities, which were barred by U.S. sanctions" between 2010 and 2015.

Ties between Turley and the U.S. were strained as a result of the lack of timely support shown by the Obama administration in the aftermath of the failed July 15 coup attempt in 2016, organized by the Gülenist Terror Group (FETÖ) led by Fetullah Gülen, who has lived in the U.S. since 1999. Ankara has also criticized Washington for the slow progress on Turkey's aim to extradite Pennsylvania-based Gülen, saying the U.S. is handling the situation based on political motives.