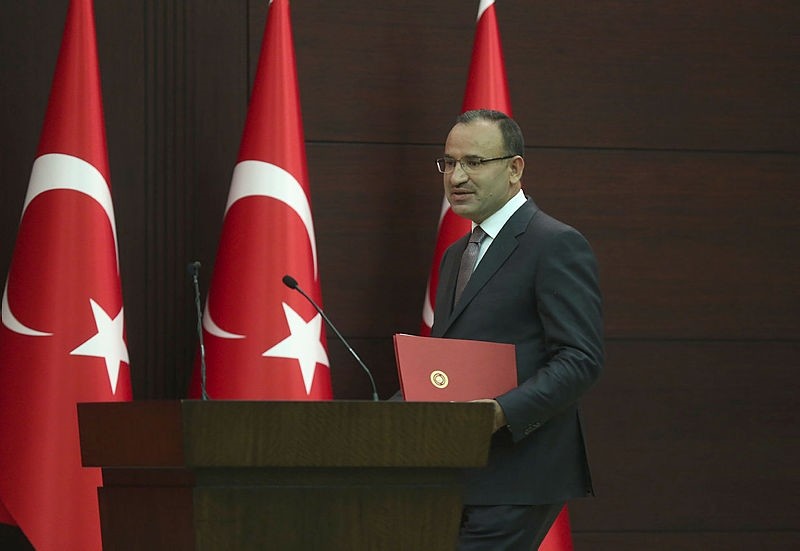 The ongoing probe on a former Turkish minister in the U.S. is nothing other than the continuation of the Gülenist Terror Group's (FETÖ) December 17-25, 2013 operation against the Turkish government, Government Spokesman and Deputy Prime Minister Bekir Bozdağ said Monday.

All trade relations between Turkey and Iran are in line with the international law, Bozdağ said speaking to the press following a cabinet meeting, adding that all banking activities with Iran are under the strict control of the government.

"Former Economy Minister Zafer Çağlayan has protected the interests of Turkey and he did it in accordance with national and international law. There is something very different here. This is a part of very dirty game," he added.

Ruling out the possibility of the existence of credible evidence proving Çağlayan's wrongdoing, the government spokesman urged U.S. authorities to not let those who want to hurt Turkey-U.S. relations reach their goal.

Former Economy Minister Zafer Çağlayan was recently charged by a U.S. prosecutor with "conspiring to use the U.S. financial system to conduct hundreds of millions of dollars' worth of transactions on behalf of the government of Iran and other Iranian entities, which were barred by U.S. sanctions" between 2010 and 2015.

Bozdağ said the the recent indictment filed against President Recep Tayyip Erdoğan's security personnel who accompanied him on a trip to Washington "hurt bilateral ties."

"Turkey won't accept such a biased indictment accusing guards who weren't even present during the brawl," he said

During Erdoğan's visit to the U.S. back in May, supporters of the PKK triggered a melee outside of Turkey's embassy in Washington, D.C.

On May 16, the first fight reportedly broke out at the Turkish embassy when supporters of the terrorist group threw water bottles at Turkish citizens, triggering a 10-to-15 second scuffle in the middle of the road. Only two out of 10 of the U.S. police officers interceded in the fight. Later, when Erdoğan arrived at the embassy building, protesters continued their insults, shouted slogans and threw more bottles.