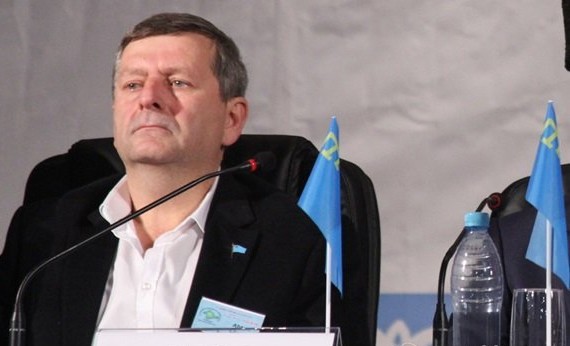 Çiygöz was arrested for participating in a demonstration in support of Ukraine's territorial integrity in front of the Crimean parliament on February 26, 2014 as unidentified troops, later revealed to be Russian, seized the building.

"This verdict constitutes another suffering for the Crimean Tatars who express their concerns on the developments in Crimea by peaceful means," Müftüoğlu said.

However, during the rally, the Crimean peninsula remained the de facto and de jure territory of Ukraine.

"Re-emphasizing the importance we attach to protection of the rights and interests of our Crimean Tatar kinsmen, we express our hope that the verdict on Mr. Çiygöz will be reviewed and that he will be released," Müftüoğlu added.

Russia occupied southern Ukraine's Crimean peninsula in March 2014 following a referendum, which was regarded as illegal under international law. Much of the international community strongly rejected the annexation, with some countries, including the U.S. and EU states imposing political and economic sanctions against Moscow following the occupation.

Since then, Crimean Tatars, the region's Muslim Turkic minority, have complained of repression, including arbitrary arrests and detentions.

Turkey on numerous occasions has refused to recognize the Russian occupation of Crimea and has voiced support for Ukraine's territorial integrity and sovereignty.