US administration using its judiciary to keep Turkey in line on FETÖ, PYD 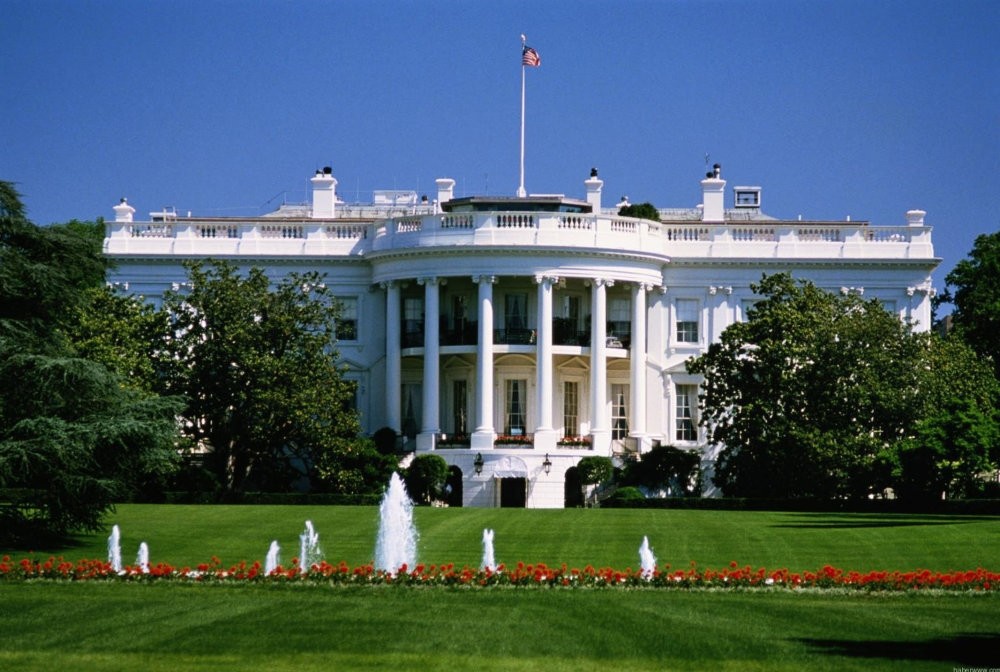 Turkey accuses U.S. prosecutors and judges overseeing a case against former Economy Minister u00c7au011flayan of being an instrument of an alleged conspiracy by U.S.-based cleric Fetullah Gulen against Ankara.
by Şeyma Nazlı Gürbüz Sep 13, 2017 12:00 am

Referring to the cases opened against former Economy Minister Zafer Çağlayan and Erdoğan's personnel in the US, experts stated that these are only side products of the real problems between the two countries, such as the PYD and FETÖ

According to an expert on internaional relations, the United States is trying to strengthen its hand in political disagreements with Turkey, mainly the Democratic Union Party (PYD) and the Gülenist Terror Group (FETÖ), by creating new problems like the accusations against former Economy Minister Zafer Çağlayan. "The U.S. tries to corner Turkey to use these cases against the country in the future. This is just a side product of the real problems between Turkey and the U.S.," said Hasan Basri Yalçın, a professor of international relations at Istanbul Commerce University and strategic researches director at the Foundation for Political, Economic and Social Research (SETA).

The indictment broadens a case targeting Turkish-Iranian gold trader Reza Zarrab over sanction evasion, which has fueled tensions between the U.S. and Turkey.

Since the arrest warrant was issued, there have been many statements from Ankara, condemning the decision and highlighting that it is a strictly political move rather than a legal matter.

On Friday, President Recep Tayyip Erdoğan slammed the U.S. administration in response to charges that were filed against a former economy minister accused of violating U.S. sanctions on Iran, calling the decision a political step taken against the Turkish state.

"I am emphatically saying that this is a step taken against the Republic of Turkey, as the U.S. has not been able to provide the basis of the allegation against him personally as of yet," President Erdoğan said.

The ongoing probe on a former Turkish minister in the U.S. is nothing other than the continuation of the Gülenist Terror Group's (FETÖ) Dec. 17-25, 2013 operation against the Turkish government, government spokesman and Deputy Prime Minister Bekir Bozdağ said Monday.

All trade relations between Turkey and Iran are in line with the international law, Bozdağ said speaking to the press following a cabinet meeting, adding that all banking activities with Iran are under the strict control of the government.

According to Yalçın, even if the U.S. would use these cases as a point of bargain against Turkey in other more critical issues, it is not likely for it to be effective on Turkey.

"Turkey has its NATO membership and the S-400 deal with Russia against the U.S.'s such attempts to bargain. Other than its potential bargaining power, I do not think that these are important cases," Yalçın said, referring to the case against Erdoğan's security personnel as well.

During Erdoğan's visit to the U.S. back in May, supporters of the PKK triggered a melee outside of Turkey's embassy in Washington, D.C. and a fight reportedly broke out at the Turkish embassy when supporters of the terrorist group threw water bottles at Turkish citizens, triggering a 10-to-15 second scuffle in the middle of the road.

A grand jury on Aug. 29 indicted 19 people, 15 of which were Turkish security officials, in connection with the incident in Washington between protesters and Erdoğan's security personnel.

In a statement, the U.S. Attorney's Office for the District of Columbia said that charges had already been brought against 16 of the defendants, and three more were later added to the list.

Meanwhile, on Sunday, President Erdoğan dispelled speculation on whether Turkey would give up ongoing negotiations with Russia for the purchase of the S-400 missile defense system due to pressure from NATO. He said that the first down payment for the missile system was already transferred to Russia, adding that both he and President [Vladimir] Putin were determined to realize this deal.

"Former Economy Minister Zafer Çağlayan has protected the interests of Turkey and he did it in accordance with national and international law. There is something very different here. This is a part of very dirty game," Erdoğan added.

"Çağlayan did not do anything against Turkey's interests," Nihat Zeybekci told reporters. "It is no concern to Turkey if Çağlayan acted against the interests of other countries."

"There are claims that these sanctions are violated, but the ones who make such claims are obliged to prove them," he said.

Although Turkey considers this case as a political matter, according to some experts, it would be more beneficial for Turkey to handle it as a legal case.

"I believe that seeing it as a legal case and preparing a proper defense for it would be more in the interest of Turkey," said international relations professor İlter Turan and former rector of Istanbul Bilgi University.

Turan added that in his opinion, that it is not very likely to have an influence on a court in New York through political means, considering the U.S. legal system.

Speaking on the issue yesterday, the Union of Turkish Bar Associations (UTBA) President Metin Feyzioğlu also stated that the case in the U.S. has come to a point that may cause trouble for Turkey.

"This is a very serious development," Feyzioğlu expressed, adding that instead of responding to it with macho rhetoric, we need to approach the issue with common sense. "We need to focus on what really lies behind it."

Çağlayan and Aslan are charged with "conspiring to use the U.S. financial system to conduct hundreds of millions of dollars' worth of transactions on behalf of the government of Iran and other Iranian entities, which were barred by U.S. sanctions" between 2010 and 2015.

"Unless the U.S. loosens its position on real conflicted issues with Turkey, I'm afraid the relations are likely to continue like this," Yalçın further added, referring to the PYD and FETÖ.

Relations between Ankara and Washington have soured over U.S. support for the PKK terrorist organization's Syria offshoot, the PYD and its armed wing the People's Protection Units (YPG) in Syria which is currently supported by Washington.

Ankara, on the other hand, has designated the PYD/YPG as a terrorist group, despite Washington declaring them the most effective partner in the fight against Daesh.

Turkey argues that there is no difference between the PKK, which is listed as a terrorist organization by the U.S., the EU and Turkey, and the PYD/YPG.

Moreover, ties were further strained as a result of the lack of timely support shown by the Barack Obama administration in the aftermath of the failed July 15 coup attempt in 2016, organized by the FETÖ led by Fetullah Gülen, who has lived in the U.S. since 1999.

Ankara has also criticized Washington for the slow progress on Turkey's aim to extradite Pennsylvania-based Gülen, saying the U.S. is handling the situation based on political motives.