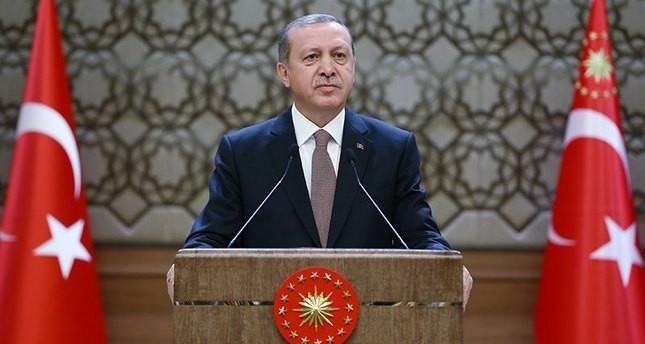 President Recep Tayyip Erdoğan said in a live interview with Turkish broadcaster A Haber late Friday that Turkey would announce its plan regarding the Kurdistan Regional Government (KRG) independence referendum in the near future.

"We will announce our plan regarding the KRG referendum after the National Security Council and cabinet meetings on Sept. 22," Erdoğan said, adding that KRG leader Masoud Barzani's statement was "very, very wrong."

Barzani declared Friday that the referendum will be held on Sept. 25, despite strong objections from Ankara, Baghdad and Tehran, in addition to disapproval by the U.S. and Russia regarding the timing of the referendum.

The president underlined that importance of the issue, saying that Turkey has a 350-kilometer long border with Iraq.

Previously on Friday, Prime Minister Binali Yıldırım held a phone call with his Iraqi counterpart Haider Al-Abadi, during which the two leaders vowed cooperation on the cancellation of the KRG referendum.

Yıldırım also called on KRG leader Barzani to turn back from the decision to hold the vote, calling it "a grave mistake."

Ankara expressed support for the Iraqi parliament's decision Tuesday to oppose the independence vote, calling on the government in Baghdad to negotiate with the Erbil-based KRG.

Iraqi parliamentarians voted Tuesday to reject the nonbinding referendum planned to be held on Sept. 25, authorizing the Iraqi prime minister to take all measures necessary to preserve Iraq's unity.

Touching upon the issue of Rohingya Muslims who came to Bangladesh fleeing from Myanmar violence, Erdoğan stressed that modern tent camps should be immediately built to the growing number of refugees.

Highlighting the poor conditions of the Rohingya camps in Bangladesh, Erdoğan reiterated Turkey's plans to improve the situation.