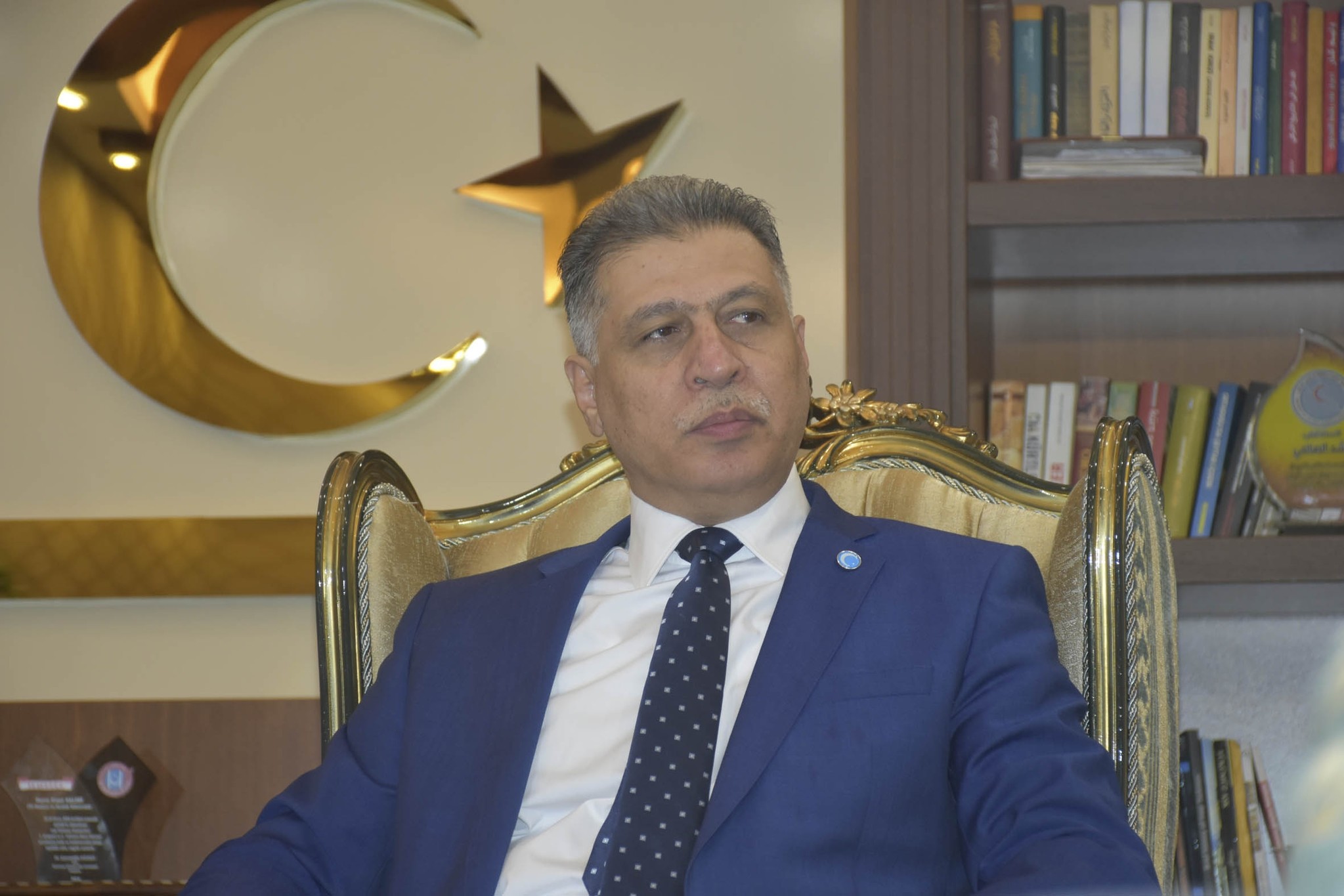 We call on our Kurdish brothers to permanently postpone the referendum decision, Iraqi Turkmen Front Leader Ershad Salihi said Friday. Speaking at a conference titled the "Future of Turkmens and Iraq ahead of the referendum" organized by the Middle East Strategies Research Center (ORSAM), Salihi said the region is having a hard time due to the KRG's referendum decision, drawing attention to the challenges the Turkmen population faces.

"We are facing the risk of expulsion from our lands. The demography of Kirkuk city has been systematically changing in favor of Kurds since 2003, as Kurdish population rose 1.6 million from 850,000 in that time. On the other hand, our rights were ignored despite being the second most populous ethnic group in the region," the Turkmen leader said.

Ankara expressed its support for the decision made in the Iraqi parliament Tuesday to oppose the independence vote, calling on the government in Baghdad to negotiate with the Irbil-based KRG.

Salihi contended that the Turkmen population paid a heavy price in the war against Daesh as thousands of them have died in the conflict. He demanded more support from Turkey and the international community regarding the recent process: "Turkmen people are asking for more concrete reactions. We don't want to pay the price anymore. The unity of Iraq, which we support, is in favor by all countries in the region," he said.

Salihi also drew attention to the "civil war" threat if the referendum will be held as planned. "A threat exists in the region regarding the possibility of sectarian or ethnic conflict. In such case, Kurds will be more harmed than us," he said.

Turkish Prime Minister Binali Yıldırım said Friday that the U.N. might get involved in the controversy over the KRG's independence referendum plans in the upcoming days.Speaking to reporters in Ankara following Friday prayers, Yıldırım called on KRG leader Masoud Barzani to turn back from the decision to hold the vote, calling it "a grave mistake."

The prime minister said he is expecting to see new developments regarding the issue after the U.N.'s possible involvement.

Meanwhile, Turkish Chief of General Staff Gen. Hulusi Akar discussed the independence referendum with his Iranian counterpart, Muhammed Bagheri, in a phone call yesterday.According to the statement of the Iranian General Staff, the generals remarked that the referendum will possibly have negative and dangerous effects for the region.

"To this date, we have not received an alternative that can take the place of the referendum," Barzani told a pro-referendum rally in Amedi on Friday, Rudaw reported.

Barzani's statements came after the U.S. Special Envoy for the Coalition against Daesh Brett McGurk urged northern Iraq's KRG to halt its upcoming independence referendum, suggesting that there is an alternative.

While attending a news conference in Irbil, McGurk said moving forward with the referendum on Sept. 25 would be a "risky" move for Iraq's autonomous Kurdish region because the move lacked international support.He noted that Belgium, Britain, France and Iraq have jointly developed an "alternative plan" for the referendum.

Though McGurk did not provide details of the plan to the media, he said it has been presented to the KRG leaders.

Since the KRG announced its plan to hold the referendum, it has garnered little support from the international community and has been met with harsh criticism.

The U.S. and other Western nations fear that the Sept. 25 vote in Iraqi Kurdistan could ignite a new conflict with Baghdad and possibly neighboring countries, diverting attention away from the ongoing war against Daesh terrorists in Iraq and Syria.