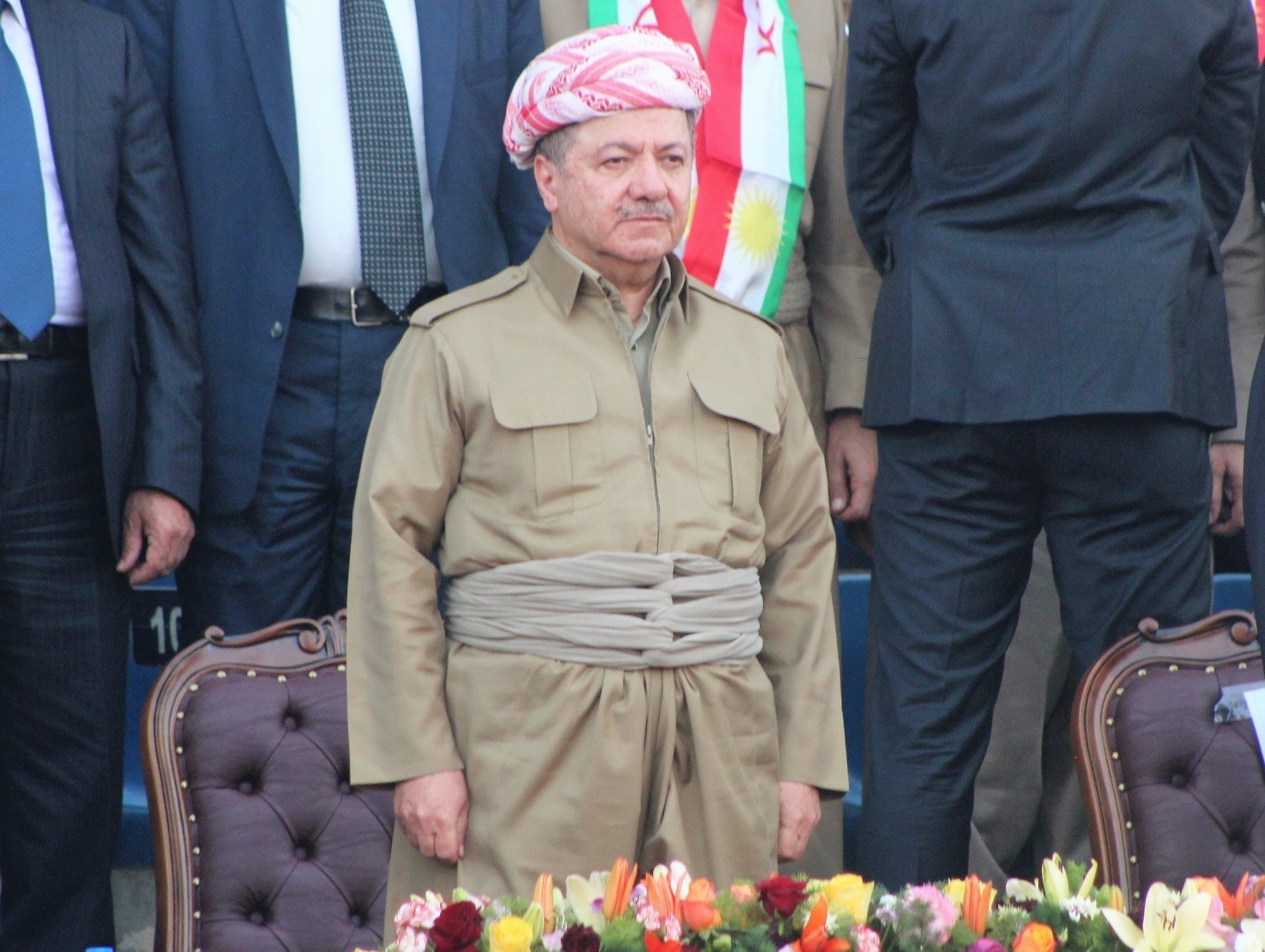 Despite calls from Turkey, the U.S., Iraq, Iran, and the U.K. to postpone the independence vote on Sept. 25, KRG leader Barzani says there is no turning back from the referendum
by Daily Sabah with Agencies Sep 18, 2017 12:00 am

Before departing to the U.S. to attend the U.N.’s annual opening in New York, President Erdoğan stressed that Turkey will not tolerate any attack on Iraq’s territorial integrity, which faces the biggest threat yet with the KRG’s independence referendum

President Recep Tayyip Erdoğan reiterated Turkey's opposition to Iraq's Kurdistan Regional Government's (KRG) decision to hold an independence referendum on Sept. 25, saying Ankara will not allow steps that would lead to territorial division in Iraq. "We say one thing: We have a 350-kilometer-long border there. We have kins there, co-religionists there. Same with them too. We are members of the same civilization. In other words, them being Kurdish, Turkmen or Arab and us on this side being Turkish, does not separate us from each other. However, if this understanding is, unfortunately, aimed at dividing Iraq, then, we would not say 'Here, go ahead,'" the president said Sunday in Istanbul ahead of his departure to the United States, where he will be attending the 72nd United Nations General Assembly.

Erdoğan said that while Ankara's position has been communicated with the KRG numerous times as there is a difference in the approach, the stance on keeping Iraq's territorial integrity has also been communicated to the central government in Baghdad. President Erdoğan will be meeting with Iraqi Prime Minister Haider al-Abadi during the summit in New York to discuss the referendum, which is expected to be held in less than two weeks.

In June, KRG President Barzani announced that they would hold a referendum on independence from Baghdad on Sept. 25. "You come knocking on our door and get all sorts of support when you are in trouble, but you go your own way when it comes to the disintegration of Iraq," Erdoğan said.

He also said Turkey's National Security Council and Council of Ministers will convene the same day on Sept. 22 to discuss the referendum issue and will make a decision demonstrating the "ultimate stance" of the country on the issue. The referendum issue will also top the agenda during his meeting with American President Donald Trump, he added.

Prime Minister Binali Yıldırım held a phone call with his Iraqi counterpart Haider al-Abadi late Friday. During the call, the leaders said they are willing to cooperate on the KRG's cancellation of the independence referendum. Both premiers reiterated that the KRG's decision is wrong and will have grave consequences. "The decision taken by the KRG is wrong from beginning to end, and it will be the best choice to avoid such a mistake as soon as possible," Prime Minister Yıldırım said during the phone call. Speaking to reporters in Ankara earlier on the same day, Yıldırım called on KRG leader Barzani to turn back on the decision to hold the vote, calling it "a grave mistake."

Yıldırım also said on Saturday that Turkey will do all that is necessary as it will be treated as a national security matter for Turkey. Al-Abadi has also said in an interview with the Associated Press over the weekend that in the case of violence during the referendum process, Baghdad will intervene militarily.

Baghdad rejects the planned poll, saying it will adversely affect the fight against the Daesh terrorist group, which still maintains significant presence in northern Iraq. In addition to Ankara and Baghdad, the U.S. administration, the EU, as well as the U.K., Syria, and Iran have opposed the referendum decision. Israel has been the sole country voicing support for the KRG's independence plans.

'Turkey would be paralyzed if the referendum takes place'

Meanwhile, Turkey's opposition Nationalist Movement Party (MHP) leader Devlet Bahçeli lashed out at the KRG for its decision to hold the independence referendum on Sept. 25, underlining that the referendum would have serious implications for Turkey.

"If Kirkuk goes under the control of peshmerga with a fait accompli, and a Kurdistan is founded along our southern border, Turkey would be paralyzed," Bahçeli tweeted on Sept. 17.

In the disputed province of Kirkuk, local lawmakers last month voted in favor of participating in the referendum. However, 14 lawmakers from local minorities – Turkmens and Arabs – boycotted the vote, so it was the Kurdish members of the provincial parliament who pushed the measure through.

The unilateral decision was condemned by the Iraqi central government. Further adding to the explosive mix, the KRG has expanded control beyond their enclave's formal borders, increasing the size of Iraqi Kurdistan by more than half. While fighting with Daesh, they seized parts of the northern Nineveh province and the oil-rich central region of Kirkuk, territory claimed by the Baghdad government.

Bahçeli pointed out that it is vital to cancel the referendum without any preconditions rather than delaying it.

The KRG leader stated that they were resolute in holding the referendum and ready to pay any price for it. Referring to Barzani's statements, Bahçeli said, "Turkey is strong enough to make them pay the price."