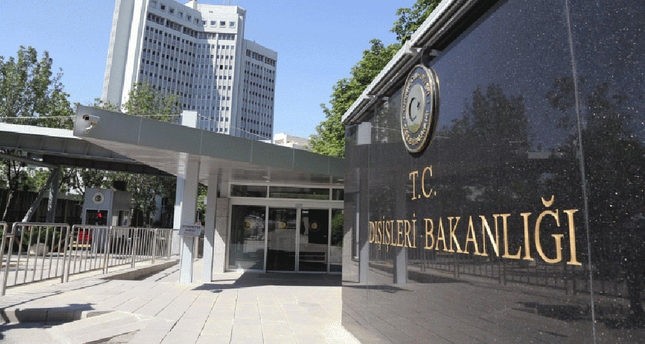 Turkey summoned Germany's ambassador to its foreign ministry on Monday, Berlin said, amid a mounting row between the two NATO powers.

Turkish diplomatic sources confirmed the summon to Anadolu Agency, but provided no details as to why he was summoned.

Germany's foreign ministry said it was the 17th time its envoy Martin Erdmann had been summoned, underlining the divisions at a time when European powers are counting on Turkey to help contain migrant flows, and to confront Daesh militants over its borders with Iraq and Syria.

According to the sources, the meeting with Erdmann was planned for earlier, but took place only Monday because the ambassador was out of the city.

Foreign Ministry has also summoned Erdmann on Saturday after a mass gathering of supporters and sympathizers of the outlawed PKK terrorist organization in Cologne.

The ministry condemned German authorities for allowing the demonstration, organized in support of the PKK's imprisoned leader, Abdullah Öcalan, and the group's goal for independence in the region.