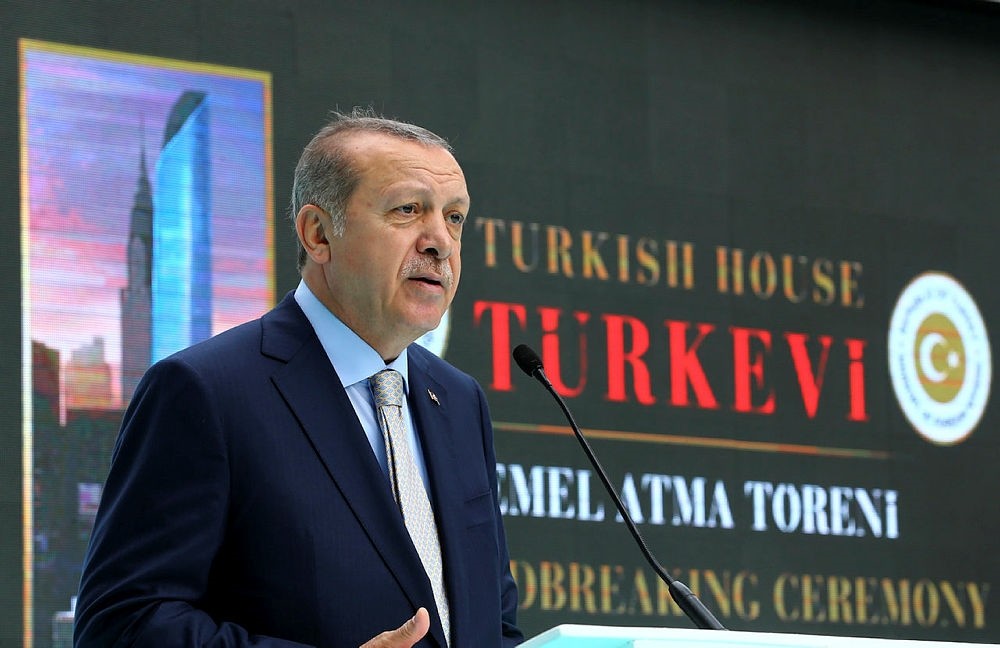 President Recep Tayyip Erdoğan slammed the U.S. on Monday for its decision to withdraw the proposal for a $1.2 million arms sale that would have equipped his security personnel, saying that the U.S. was providing weapons to terror groups for free while halting sales to its ally, Turkey.

The U.S. State Department informed Congress on Monday that it was formally withdrawing the planned sale, saying that the decision came at the request of firearms manufacturer Sig Sauer, which had requested the license from the U.S. government that is needed to export weapons outside the country.

The decision was made after a fight erupted between President Erdoğan's security personnel and PKK supporters outside the White House in May.

Speaking to the PBS network in the U.S. during his New York visit, Erdoğan said, "And when we are not able to acquire those weapons from the United States, why are you giving those weapons to terrorists in Syria?"

"It's a question that we ask our friends in the United States. And when these questions are not answered, we feel sorry as a strategic partner of the U.S.," he said.

Relations between Ankara and Washington have been strained over the U.S.'s military support for the PKK terrorist organization's Syrian offshoot, the Democratic Union Party (PYD) and its armed wing the People's Protection Units (YPG), as part of anti-Daesh operations in Syria.

In addition to this, the U.S.'s reluctance to extradite the leader of the Gülenist Terror Group (FETÖ), Fetullah Gülen, who has been residing in Pennsylvania since 1999, has dragged the bilateral relations further down, particularly after the failed July 15 coup attempt by FETÖ members.

During Erdoğan's visit to the U.S. in May, supporters of the PKK triggered a fight outside of Turkey's embassy in Washington.

On May 16, a fight reportedly broke out when supporters of the PKK terrorist group threw water bottles at Turkish citizens, triggering a 10-to-15 second scuffle in the middle of the road. Only two out of the 10 U.S. police officers who were posted there interceded in the scuffle.

A grand jury on Aug. 29 indicted 19 people, 15 of which were Turkish security officials, in connection with the incident in Washington.

In a statement released on Aug. 30, the Turkish Foreign Ministry called the decision, "biased, unfounded and purely political," and said that the incident which took place outside the Turkish embassy was caused by the negligence of U.S. authorities.