2 out of 4 security detail accused by US weren't in country, Erdoğan says 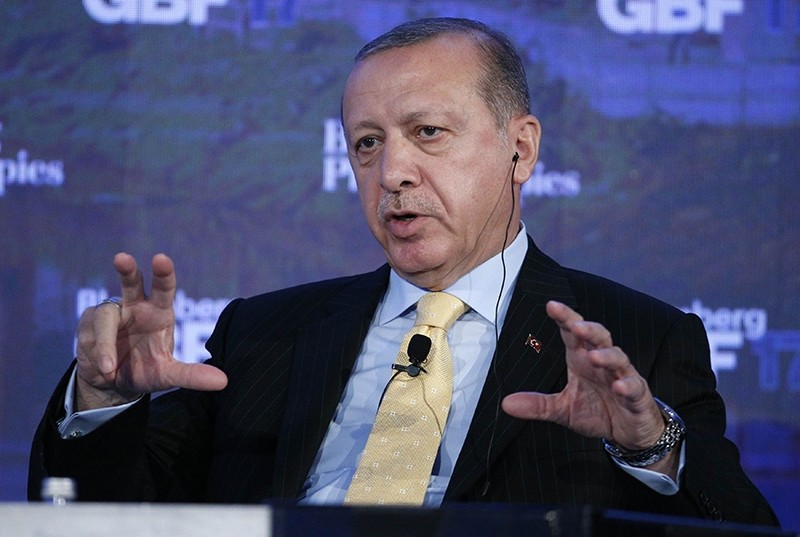 President Recep Tayyip Erdoğan criticized the U.S. for filing charges against his security detail for incidents which happened in May, saying that two out of four staff who are accused by U.S. were not even in the country at the time of the incidents.

Erdoğan noted that President Donald Trump is closely following developments regarding the indictment on Turkish security detail targeted by U.S. prosecutor, adding that he has told his U.S. counterpart that the decision is a mistake.

The president highlighted that no charges have been filed against pro-PKK demonstrators, who attacked Turkish supporters near the embassy.

Erdoğan also touched upon the Kurdistan Regional Government's (KRG) upcoming independence referendum, saying that he will discuss the issue with other Turkish officials at the National Security Council Friday.

"We've always said that Iraq should not disintegrate" Erdoğan said, adding that he has consistently warned the KRG to avoid making a grave mistake, as there are Arabs and Turkmens living in the region.

Meanwhile, Erdoğan said that he will speak with Russian President Vladimir Putin Monday regarding the Syrian crisis.

He noted that Turkey and Russia have successfully mended bilateral ties after the jet-downing crisis.

"We have been through a negative period with Russia" Erdoğan said and added: "Nevertheless, after the reconciliation period, our foreign trade volume with Russia has been skyrocketing. We have achieved 36 billion dollars of foreign trade with Russia and given the geographical proximity of the two countries, it is bound to increase even more."