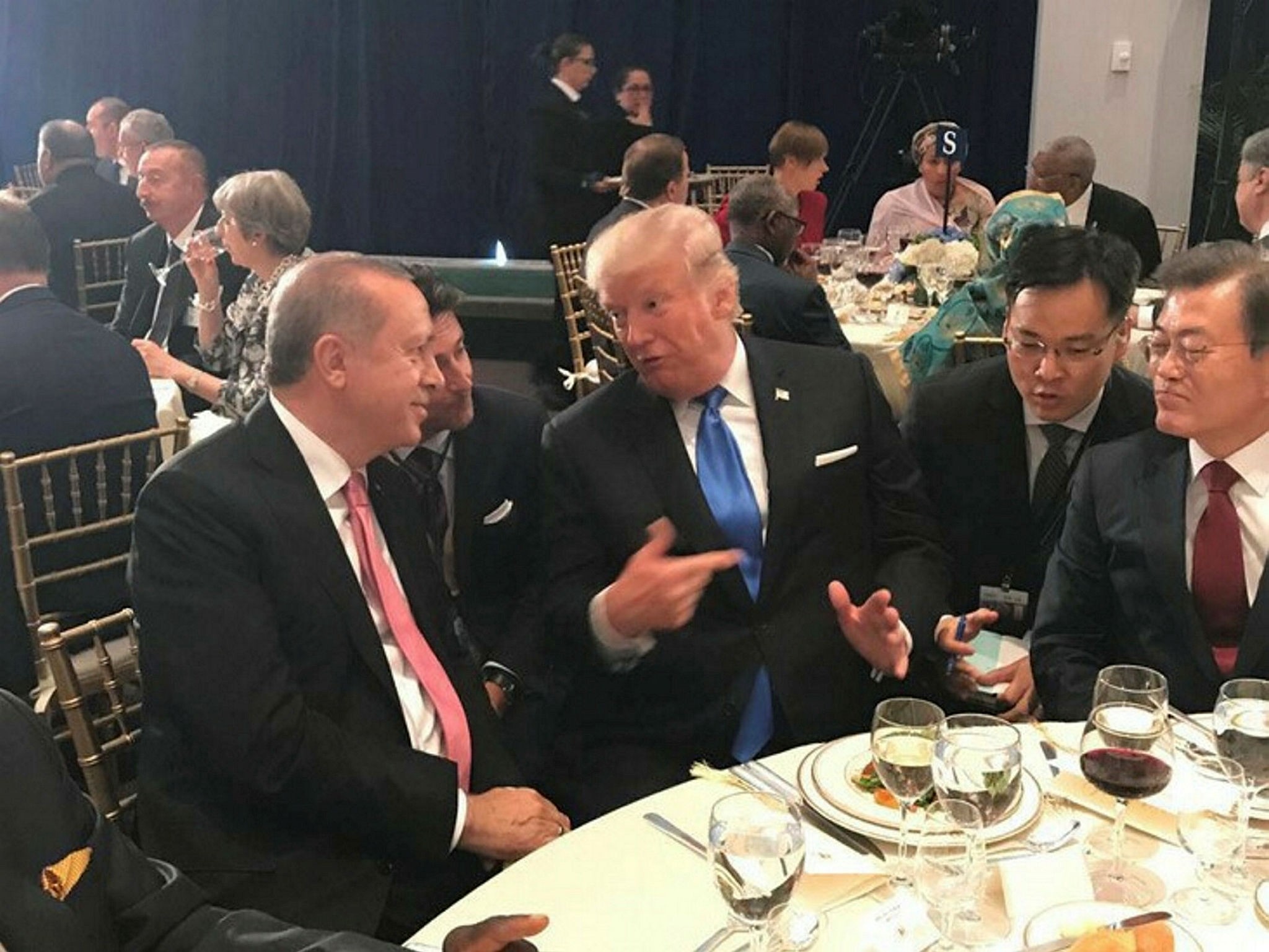 No statements have been released regarding what was discussed during the meeting.

However, sources said the presidents had a discussion in a positive atmosphere.

Later in the day, Erdoğan said that he will discuss the U.S.' decision to stop selling weapons sales to Turkish presidential guards with Trump in a one-on-one meeting.

On the topic of Turkey's S-400 missile defense system deal with Russia, he said that both sides hold the same views despite criticism from the U.S.

Turkey expects the U.S. to extradite fugitive preacher Fetullah Gülen, the mastermind behind the last year's July 15 coup attempt, and stop arming PYD terrorists, who are the Syrian affiliate of the PKK militant group.

Erdoğan also held a meeting with U.N. Secretary General Antonio Guterres at the U.N. headquarters earlier in the day.