Turkey, Iraq and Iran agree to put pressure on KRG over independence referendum 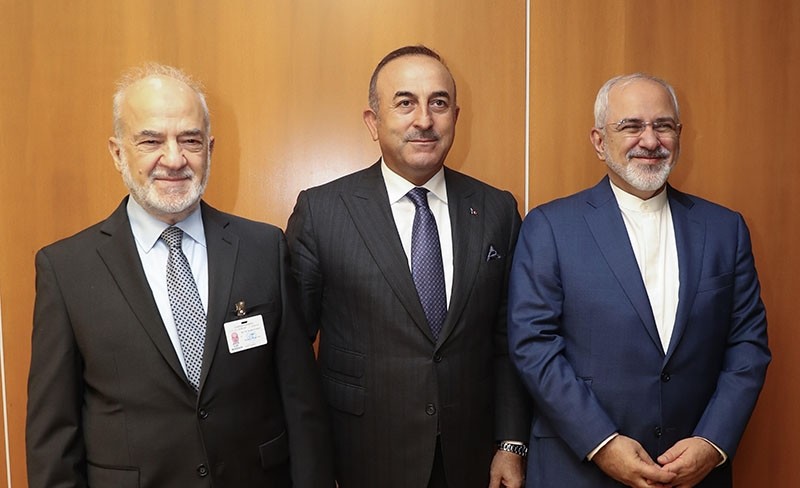 A joint declaration opposing the Kurdistan Regional Government (KRG) independence referendum in northern Iraq has been issued following a trilateral meeting between the foreign ministers of Turkey, Iraq and Iran, the Turkish foreign ministry said in a statement Thursday.

In the meeting, which took place Wednesday on the sidelines of the 72nd session of the United Nations General Assembly in New York, the three ministers agreed to put pressure on KRG to cancel the planned referendum scheduled to take place on Sept. 25, while noting that they would take joint precautionary measures.

"The ministers reaffirmed their commitment regarding Iraq's political unity and territorial integrity" the statement said, adding that they welcomed Iraqi territory being liberated from Daesh terrorists.

Opposing the upcoming referendum, the ministers noted that it violates the Iraqi constitution and expressed concern over the referendum creating further instability in the region.

Furthermore, they came to the conclusion that the only permanent solution to the crisis between Irbil and Baghdad is through steps involving constructive dialogue under the scope of the Iraqi constitution.

The memorandum highlighted the necessity of international efforts to convince KRG to halt the referendum and urged the international community to take action in this regard.

Ankara opposed the referendum, saying that it will damage Iraq's territorial integrity and have negative repercussions in terms of fueling tensions in the region. The Turkish military held drills near the Iraqi border and said that such drills would continue to take place.