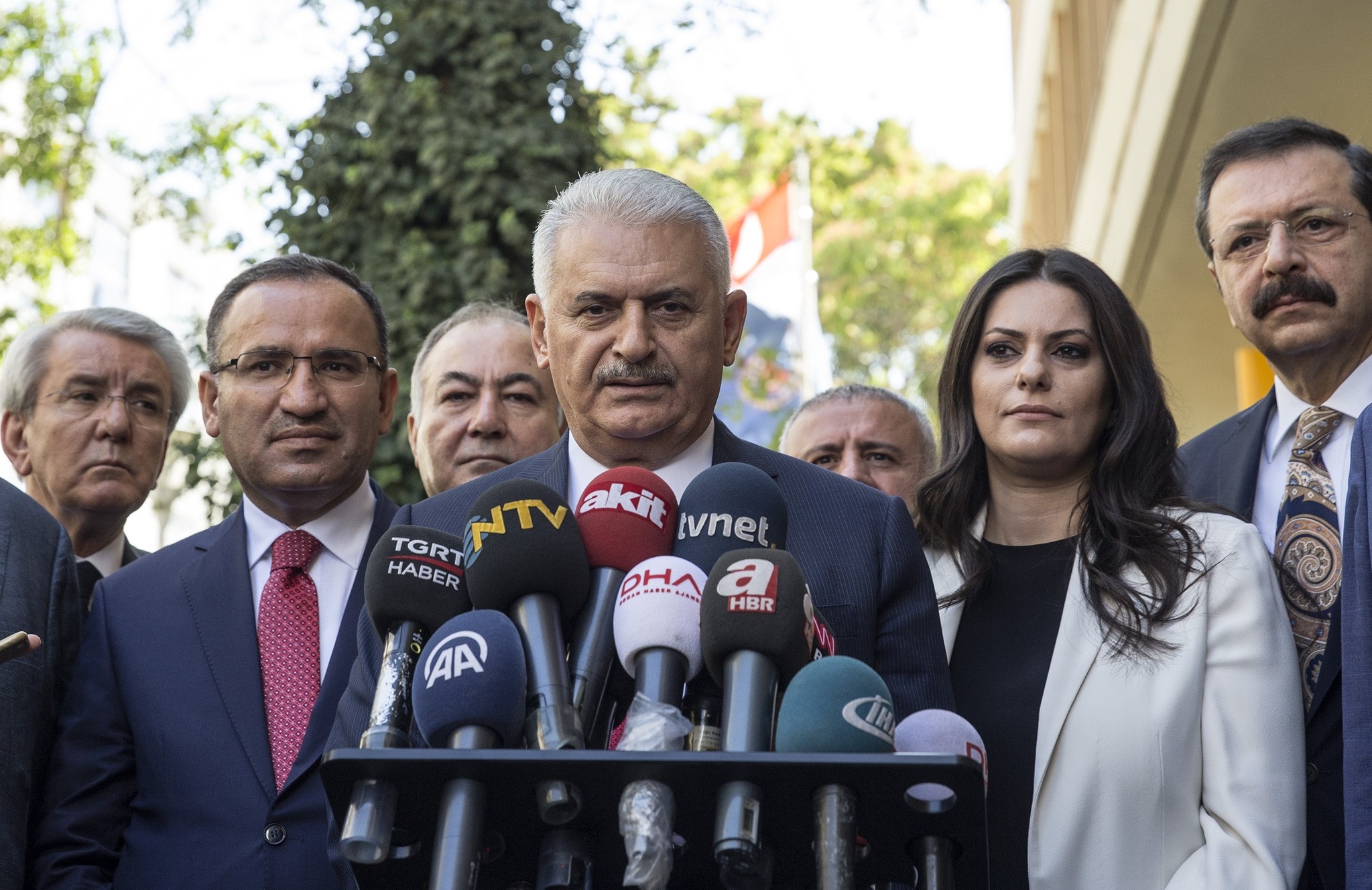 Prime Minister Binali Yıldırım warned Saturday that the steps Turkey has decided to take against the Kurdistan Regional Government (KRG)'s planned referendum will have political, economic, security and diplomatic dimensions.

Speaking to reporters in the central Anatolian province of Kırşehir, Yıldırım reasserted that the KRG's insistence to hold an independence referendum was wrong and an 'adventurist' decision that put Turkey risk, and said the steps Turkey will take in regards to this will be made in close cooperation with Iran and Iraq.

When asked if a cross-border operation was among the steps, he said: "Naturally, it is a question of timing as to when these diplomatic, economic and security options are implemented. Developments in the field [region] will determine that."

Reminding that Turkey has been giving KRG leader Masoud Barzani the necessary warnings as a friend and neighbor since the beginning, Yıldırım said that insisting on such a vote the whole world views as wrong won't end well.

He underlined that those who made the decision to hold the referendum would pay a price, not the innocent who had nothing to with such a move.

The prime minister also thanked opposition parties the Republican People's Party (CHP) and Nationalist Movement Party (MHP) for voicing support to extend the military mandate for Iraq and Syria. Parliament will convene later in the day for an extraordinary session to discuss the extension of the mandate.

"Turkey reserves all options arising from bilateral and international agreements if the Kurdish regional referendum is held," the council said.

The closed MGK meeting was followed by a cabinet meeting to discuss the counter-measures against the vote.

If the KRG becomes independent from Iraq, Turkey will have no border with Iraq, a clear violation of the Ankara Treaty, which is still in effect and was signed in 1926 between Turkey, Iraq and the United Kingdom. The treaty clearly states the border line between Turkey and Iraq, and prohibits any attempt to alter it.

Should the treaty be violated by the KRG, Turkey will have the natural right stemming from the fifth article to take any measures necessary, including a military mandate.