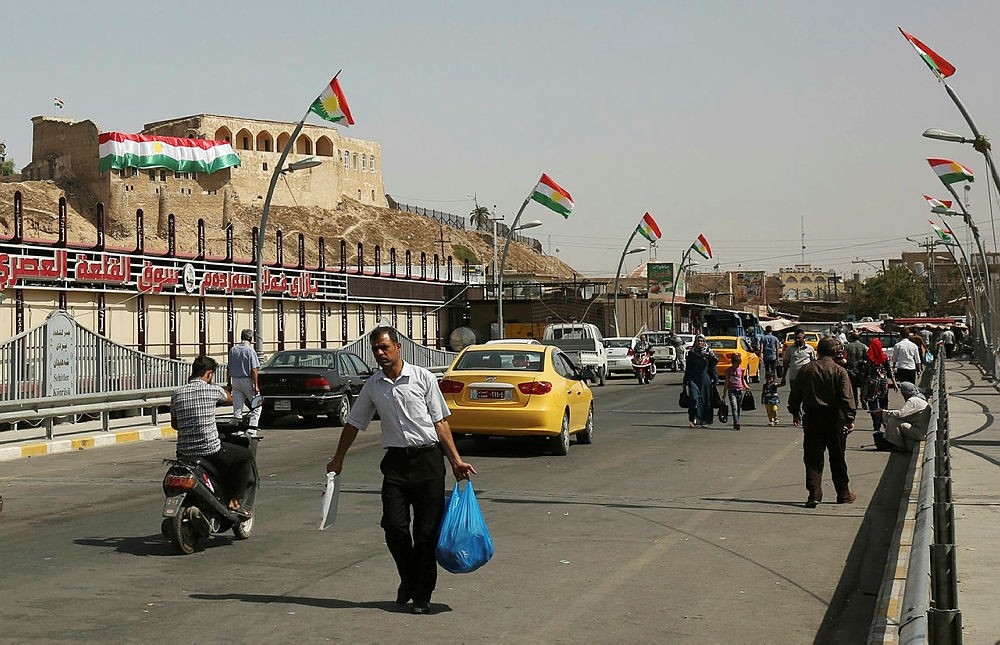 Iraqis walk past Kurdish flags in central Kirkuk on September 24, 2017, on the eve of the independence referendum for the Kurdistan region. (AFP Photo)
by Daily Sabah Sep 25, 2017 12:00 am

Turkey has extended its existing travel warning to Iraq for Turkish citizens, to include the provinces of Irbil, Dohuk and Sulaymaniyah as the controversial Kurdish Regional Government (KRG) referendum went under way despite international opposition.

The foreign ministry issued a statement on Monday, saying it strongly recommended that Turkish citizens in the Iraqi Kurdish provinces of Dohuk, Irbil and Sulaymaniyah should leave as soon as possible if they are not obliged to stay.

The statement said terror groups might take advantage of the instability poised to be fueled after the KRG referendum and target Turkey's interests and Turkish citizens in Iraq, especially in the KRG provinces.

The ministry earlier said it will take "all measures" under international law if the referendum generates threats to Turkey's national security.