Turkey will only make contact with Baghdad government in Iraq from now on: PM Yıldırım 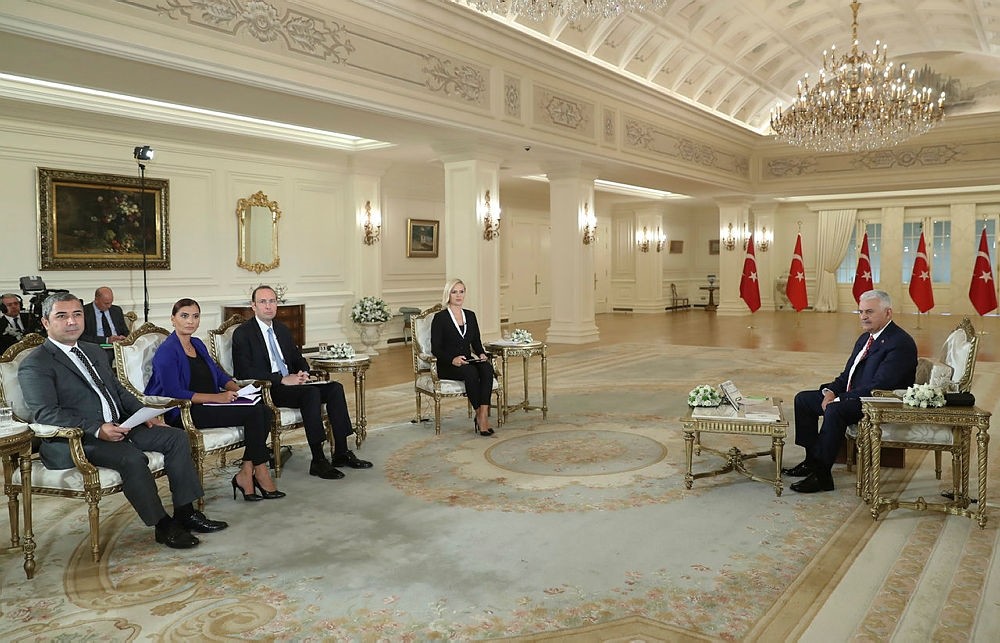 Speaking in a televised interview, Yıldırım said the Turkish government will now only be in contact with the Iraqi central government on matters of oil, airports and borders after Baghdad called on the region and the world to do so at a meeting of its security cabinet.

He said economic, political, diplomatic and military steps are being discussed in retaliation to the referendum, warning that the move will only worsen the existing chaos and instability in the country.

The referendum decision "was taken without taking into consideration the future of people from all ethnicities," Yıldırım said.

"It will not bring a better future for Turks, Arabs, Kurds and Turkmens, but will bring more pain and tears," he insisted.

He also said his country would not be indifferent to actions against Turkmens in the region.

About threats to Turkey's national security, the prime minister said "no new entity on Turkey's southern borders is acceptable".

However, he also moved to assure the public that Turkey "is not involved in a war," describing recent Turkish military drills near the Iraqi border as a precaution.

He added that Iraqi forces would also participate in the military exercises near the border.

Meanwhile, Foreign Minister Mevlüt Çavuşoğlu said Turkey will not hesitate to launch military operation in the face of any action targeting Turkmens.

He also said Turkey will no longer provide military training to Kurdish Peshmerga forces after the referendum.

The Turkish foreign minister said in a statement Monday that the results of referendum are "null and void" and Turkey does not recognize the initiative "which lacks every legal basis and legitimacy in the aspects of international laws and Iraqi constitution."