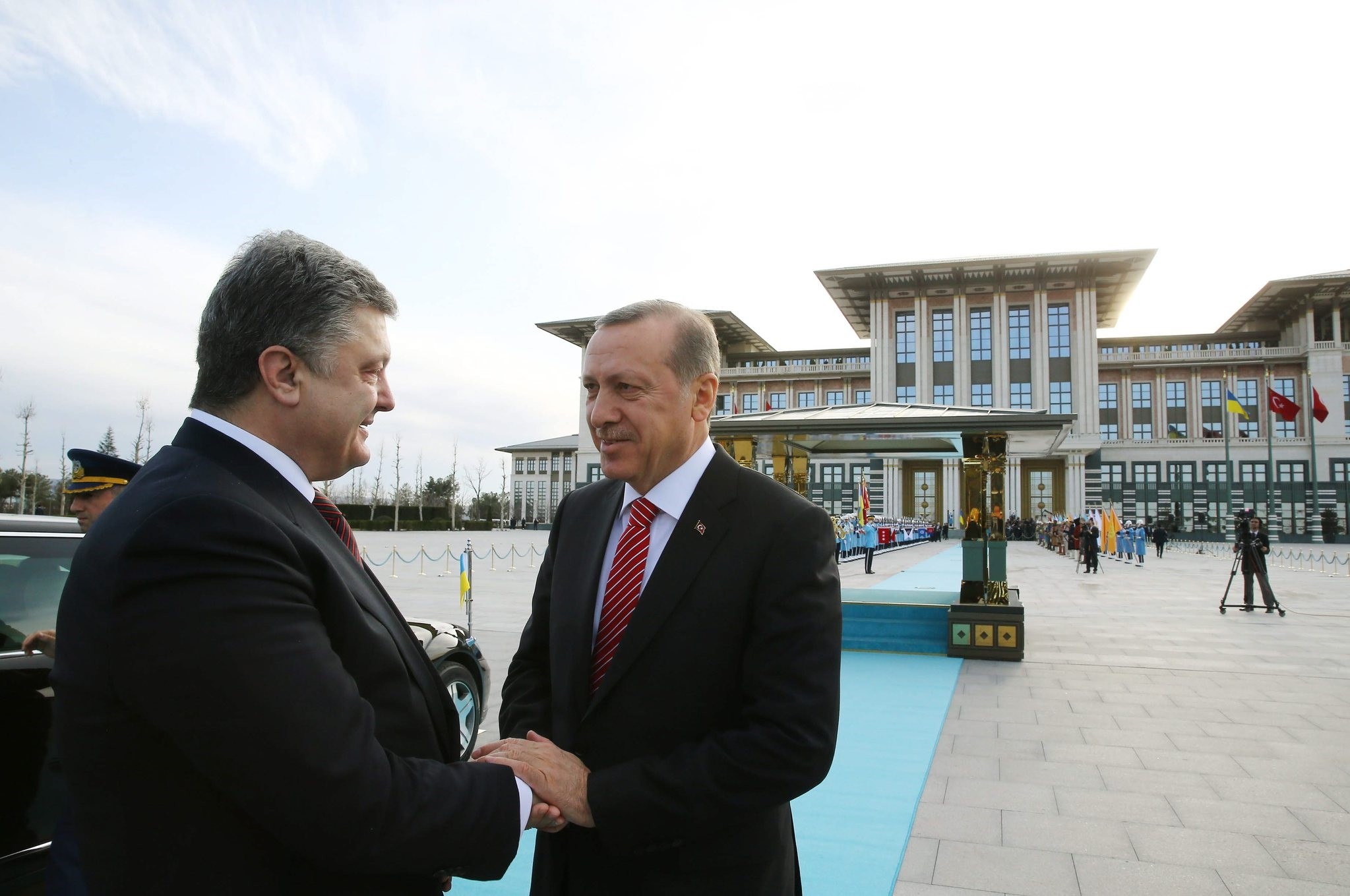 Erdoğan and his Ukranian counterpart Petro Poroshenko will chair the 6th meeting of the Turkey-Ukraine High-Level Strategic Council, it said in a statement.

The two leaders will "broadly" exchange views on bilateral relations and regional issues in the capital Kiev, where a number of agreements are also expected to be signed.

He will also receive the representatives of Turkish communities, with whom he will discuss Crimea issue.

Ukraine has been wracked by conflict since March 2014 following Russia's annexation of Crimea after an illegal independence vote.

Along with many UN countries, the U.S., the EU, and Turkey also do not recognize Crimea as Russian territory.

Additionally, fighting in eastern Ukraine between the government and Russian separatists has killed more than 10,000 people since April 2014, according to the UN.