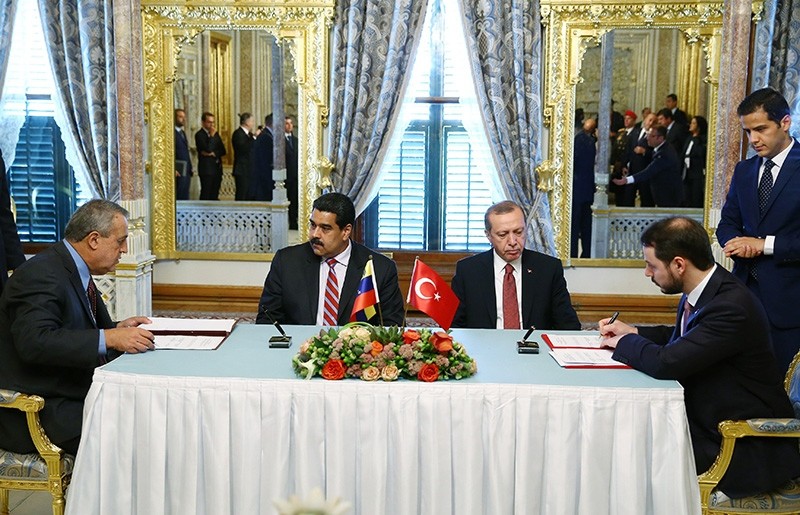 Venezuelan President Nicolas Maduro will visit Turkey on Oct. 5-6, a statement from the presidency said Thursday.

President Recep Tayyip Erdoğan will receive Maduro in an official ceremony and discuss bilateral relations, the statement said, adding that the meeting will also touch on regional and international issues.

The foreign ministers of both countries will hold the second meeting of the Joint Partnership Commission, the statement added.

Turkey and Venezuela expressed solidarity with each other following coup attempts in both countries.

Maduro had previously said: "We saw how people embraced democracy in Turkey on July 15," and added that Venezuela has experienced and continues to experience such attacks.

In the past few years, Turkey has increased efforts to boost relations with Latin American countries.