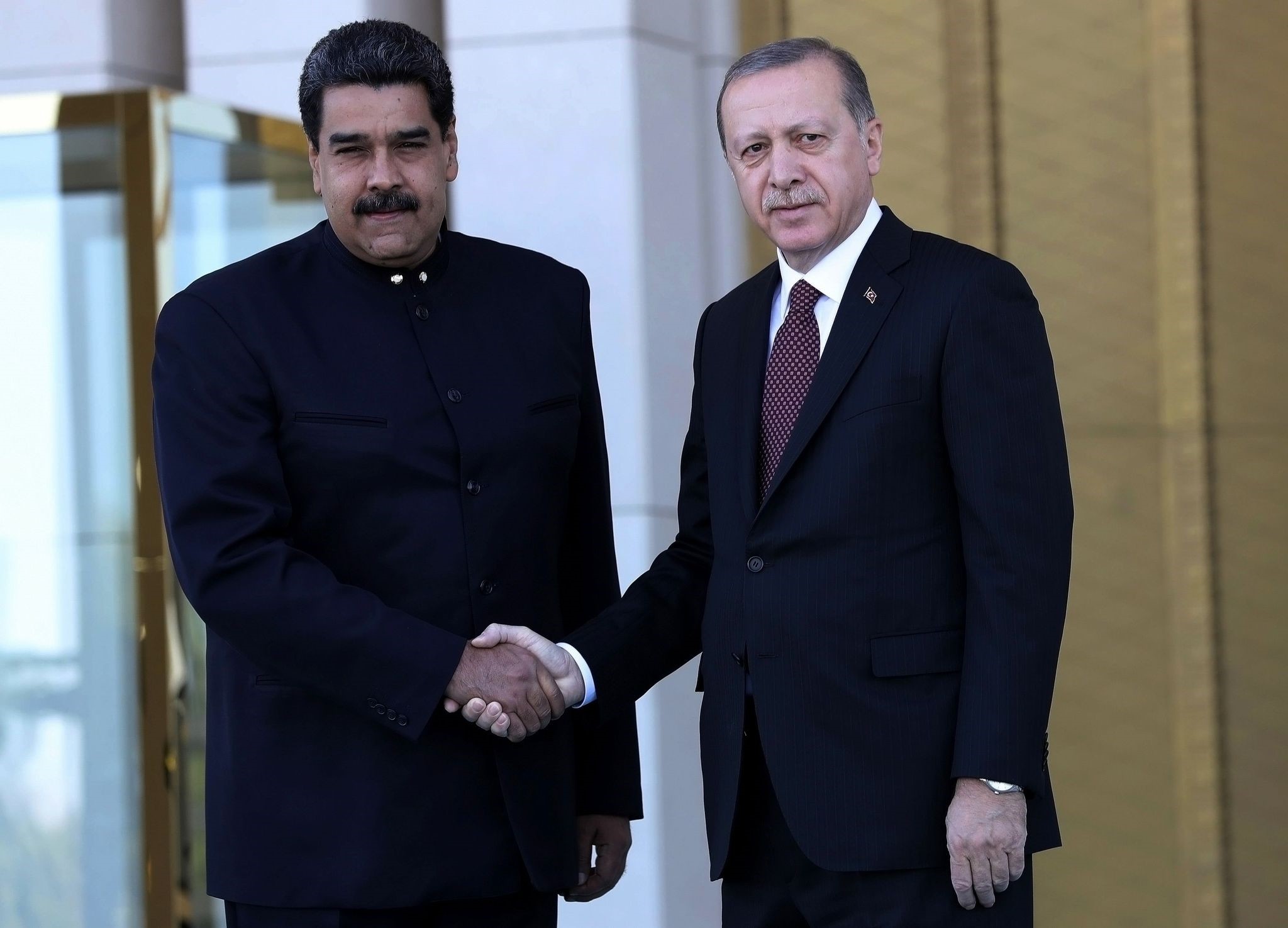 President Recep Tayyip Erdoğan said Friday that his meeting with the Venezuelan President Nicolas Maduro was positive, explaining that five agreements were signed and that they discussed steps to promote energy and trade cooperation between the two countries. Erdoğan also said Turkey wants to promote re lations with Venezuela on a win-win basis. Speaking at a joint news conference alongside Maduro at the Presidential Palace complex in the Ankara, Erdoğan emphasized the importance given to developing relations between the two countries.

"Five agreements have been signed with Venezuela today, and we have also discussed steps to be taken to improve energy and trade cooperation," Erdoğan said.

"We attach special importance to the Economic Cooperation Agreement because it is an agreement that establishes the mechanism of the Joint Economic Commission [JEC]. In today's negotiations, we evaluated the steps that can be taken in order to improve our cooperation, especially in the fields of energy and trade. Besides, we also discussed what we can do in the fields of agriculture, mining, tourism, transport, defense industry and have exchanged opinions," Erdoğan said.

He also said upon a request from Maduro that Turkey will also build a mosque in Caracas.

Maduro's visit on Friday comes amid stringent U.S. sanctions on the South American nation and a deepening political crisis in Venezuela, as the country struggles with triple-digit inflation and widespread shortages. Maduro's visit follows visits in Russia and Belarus where he discussed expanding military ties with the ex-Soviet nation. In February 2016, Erdoğan visited Chile, Peru and Ecuador to boost trade ties with South America.

Turkish flag carrier Turkish Airlines' flights to Caracas and Havan,a which were launched last year, have created an opportunity to increase cooperation in tourism, Çavuşoğlu added.