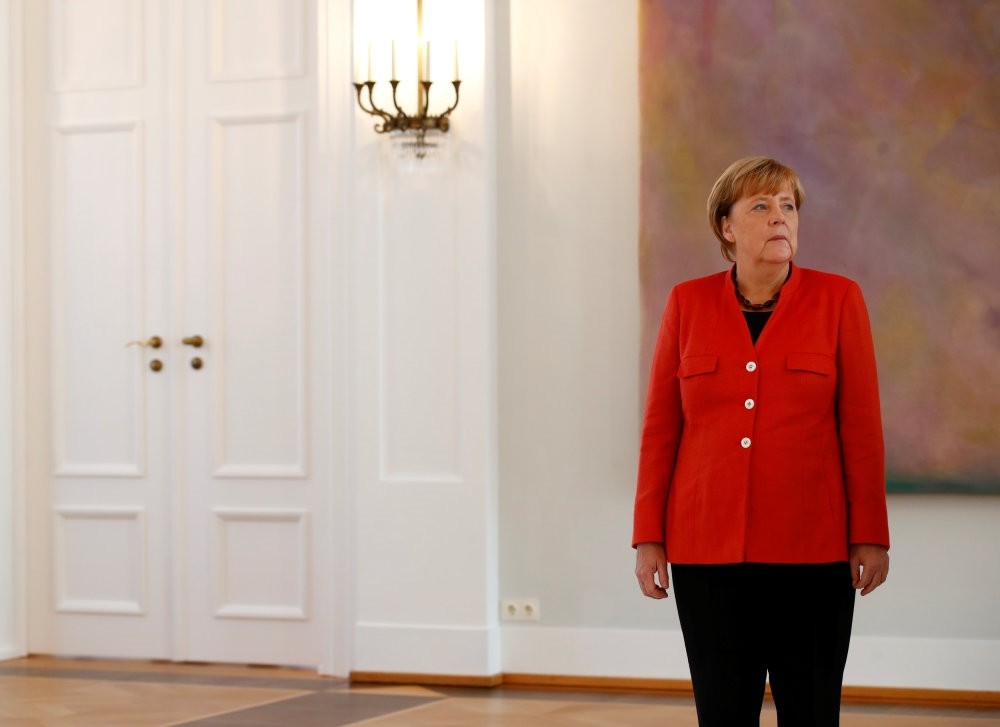 During the campaign for the German elections on Sept. 25., both CDU head, Chancellor Angela Merkel and SPD leader Martin Schulz pledged to be tougher with Ankara and work harder to end Turkey's European Union accession bid.
by Yunus Paksoy Oct 07, 2017 12:00 am

Berlin's decision to cut down the funding for DİTİB with controversial accusations is criticized by foundations' officials as they expressed that the money envisioned to be used for social projects for the sake of refugees, youth and children in Germany

The German state has withdrawn funding for the Turkish-Islamic Union for Religious Affairs (DİTİB ) for next year amid unprecedentedly sour relations with Ankara.

As Berlin gears up to trim DİTİB's funding in a move likely to further strain ties with Ankara, DİTİB expressed sadness over the issue, saying that the funding was in no way for religious affairs, but for social projects for the sake of refugees, youth and children in Germany. "It will have no damaging impact on DİTİB at all. The German state has been extending support to projects for democracy, youth and refugees," DİTİB Secretary-General Bekir Alboğa told Daily Sabah.

The German Kölner Stadt Anzeiger newspaper said in a recent article that the sum for DİTİB's projects in 2018 would be less than 300,000 euros, which is one-fifth of the funding in 2017 and one-tenth of that from 2016.

Alboğa said that such decisions will prevent the EU from investing more in social projects that also benefit Germans. Asserteing that DİTİB has not received "even a single cent from the German state for our own religious affairs," Alboğa said that it would have considerable consequences on the public.

The Turkish-Islamic union has often come under heavy fire from German politicians due to its alleged closeness to Ankara and spying activities across the country. In line with the accusations, the German police raided homes of four Turkish clerics in February. Upon a warrant issued by the Federal Public Prosecutor's Office, raids were conducted on the houses of four DİTİB workers in North Rhine-Westphalia and Rhineland-Palatinate.

German Justice Minister Heiko Maas said at the time that the clerics were "members of the Turkish-Islamic Union for Religious Affairs" and that the influence of the Turkish state on DİTİB "is big."

However, the Federal Office for the Protection of the Constitution (BfV) later announced that they had found no evidence linking the DİTİB imams with spies.

Former Presidency of Religious Affairs (DİB) head Mehmet Görmez slammed Berlin for the "baseless accusations" at the time. "Using religious officials and religious organizations as tools for domestic politics with baseless and delusory allegations is unacceptable," he said.

Even though DİTİB says it is not connected to Ankara, and DİB rejects allegations that DİTİB is steered from the Turkish capital, German politicians have gone on the offensive against the union. Volker Beck, the parliamentary spokesman for the Greens, suggested that the German state should freeze its cooperation with nongovernmental organizations such as DİTİB and the Central Council of Muslims in Germany (ZMD).

"The state must know with whom it is dealing, when it comes to project funding, religion, teaching of Islam and even the recognition as a body governed by public law," Beck said.

Berlin's swift decision to trim DİTİB's state funding comes amid a diplomatic spat between Ankara and Berlin. Bilateral ties have been extremely strained since the run-up to the April 16 referendum in Turkey.

The two countries locked horns last summer more often than not. Multiple bans on German parliamentarians from visiting German troops at air bases in Turkey and Berlin's alleged support for terrorists from the PKK and Gülenist Terror Group (FETÖ) have been at the core of the crisis.