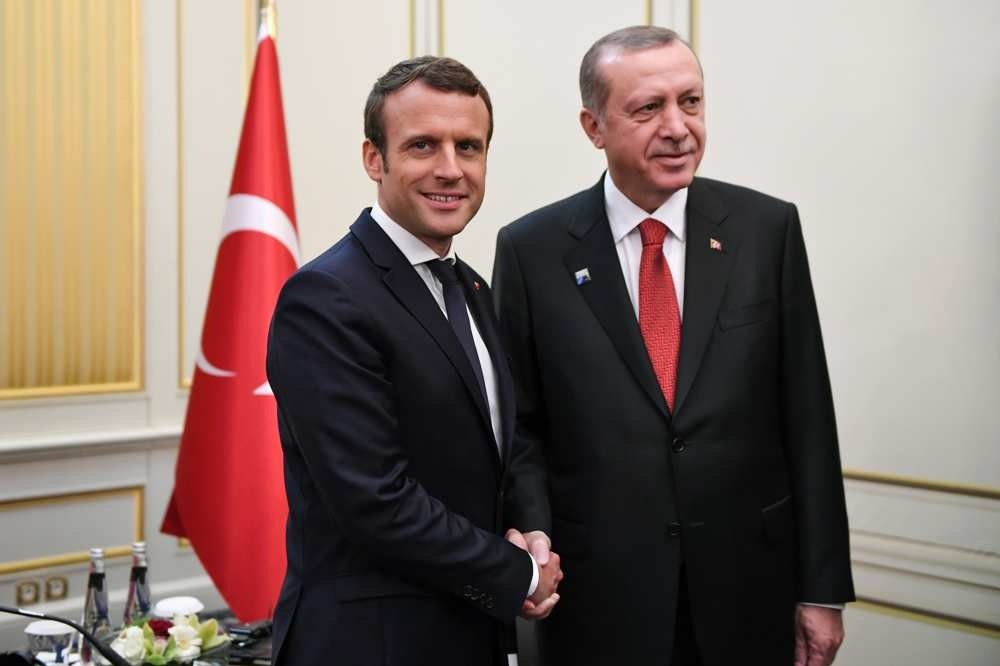 Macron (L) and Erdou011fan shake hands ahead of a meeting on the sidelines of the NATO summit in Brussels, Belgium, May 25, 2017. (AFP Photo)
by Daily Sabah with Agencies Oct 07, 2017 12:00 am
President Recep Tayyip Erdoğan and his French counterpart Emmanuel Macron held a phone call Saturday to discuss the current situation in Iraq and Syria.

Erdoğan and Macron exchanged views on developments in the region, and strengthening bilateral ties between Turkey and France.

Earlier in the day, Erdoğan had asserted that Turkey was not going to allow an "operation" against the territorial integrity of its neighbors.

Erdoğan also announced Saturday that a "major" operation in Syria's northwestern Idlib province had been launched with Turkey-backed Free Syrian Army (FSA), and air support from Russia, following international efforts for de-escalation in the war-torn country.

Calling the operation a "new step" to establish security in Idlib, he promised Turkey would not desert civilians there.

The call came amid ongoing tensions in the region following a referendum held by the Kurdish Regional Government (KRG) in northern Iraq on September 25.

The illegitimate referendum saw Iraqis in KRG-controlled areas -- and in a handful of territories disputed between Irbil and Baghdad, including ethnically mixed Kirkuk and Mosul -- vote on whether or not to declare independence.

Along with Iraq's central government, Turkey, the U.S., Iran, and the UN have spoken out against Monday's illegitimate poll, warning it would distract from the ongoing fight against Daesh and further destabilize the region.