No reason for Germany and Turkey to have problems, FM Çavuşoğlu says 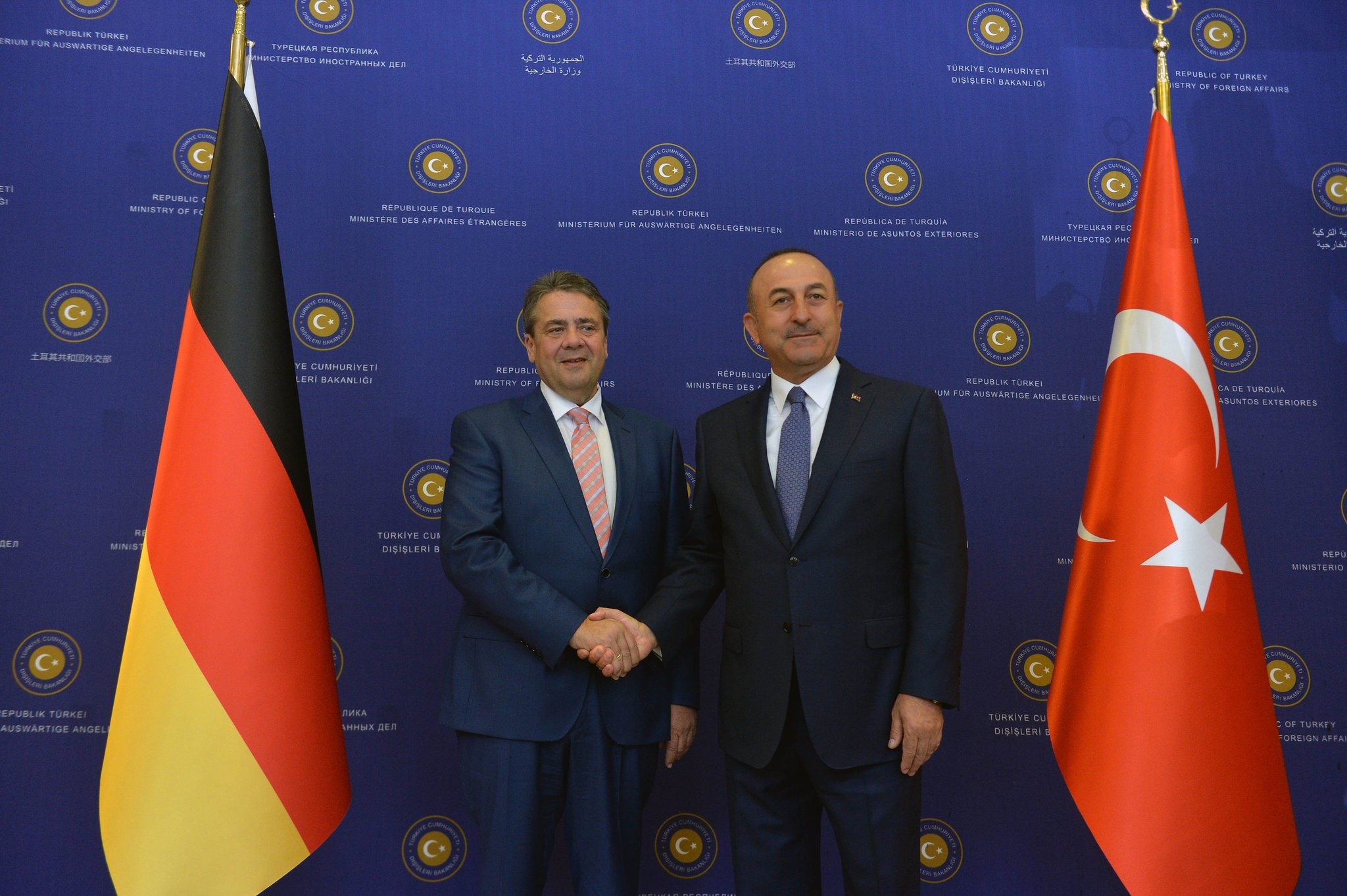 Foreign Minister Mevlüt Çavuşoğlu has called for mutual steps to normalize relations between Turkey and Germany, after months of tensions between the two NATO allies.

In an interview with German weekly Der Spiegel, Çavuşoğlu expressed hope that Ankara and Berlin would return to normal relations, as Germany left behind September 24 federal election which was dominated by a heated debate about Turkey, and Ankara's EU membership bid.

"I don't see a reason for Germany and Turkey to have problems," Çavuşoğlu said, and underlined that he was ready to make efforts for the normalization of ties.

"I have already told my friend Sigmar Gabriel before the elections: Let us look forward. If you take one step towards us, we will take two steps towards you," he said.

Çavuşoğlu said Turkey has never sought confrontation with Germany, but only reacted to growing anti-Turkish and anti-Erdoğan rhetoric in the country, which is home to 3 million Turkish immigrants.

"President Erdoğan has only responded to attacks from Germany. We will continue working together with the German federal government in a trustful manner," he said.

German Chancellor Angela Merkel came under enormous pressure from her rivals to sharpen tone towards Turkey, particularly due to the arrests of around 10 German citizens, including a reporter and a human rights activist, for alleged support for terrorist organizations.

Çavuşoğlu ruled out Turkish government's political influence on the judiciary with regards to the cases involving German citizens.

"The Turkish judiciary is independent. It is not for me to sentence or acquit suspects, it is for our judges to decide," he stressed.

Ankara's relations with Berlin has been strained since the defeated coup attempt in Turkey last year as Turkish leaders slammed Germany for failing to show strong solidarity with the Turkish government against the attempted military coup.

Turkish politicians have also criticized Germany for turning a blind eye to outlawed groups and terrorist organizations hostile to Turkey, such as the PKK, and the Gülenist Terror Group (FETÖ).

Germany is among the countries where FETÖ has managed to organize a large network, including dozens of businesses, private schools, as well as media organizations.

Despite repeated requests by Ankara to return FETÖ suspects to Turkey for trial, the German authorities have so far turned down such requests, arguing that Ankara must first provide sound legal evidence for each individual accused.