Arrest warrant issued for another US Istanbul consulate staff 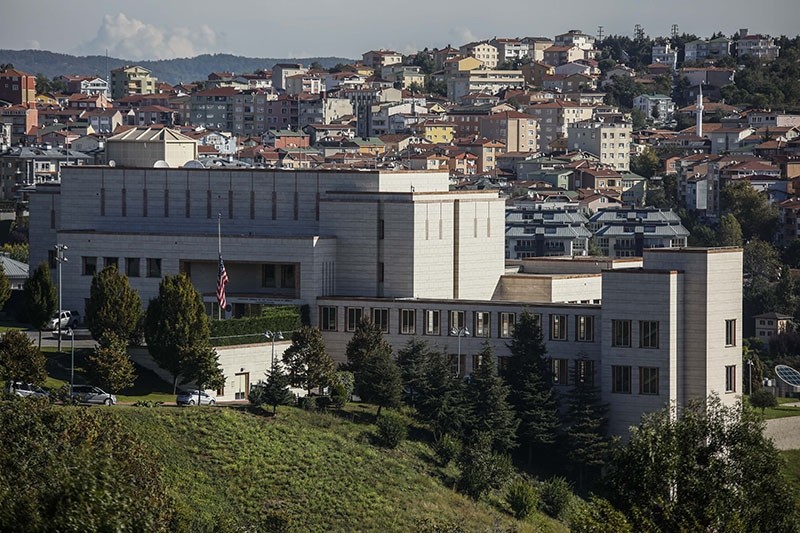 Turkish authorities issued an arrest warrant Monday for another personnel working for the U.S. Consulate in Istanbul, whose wife and son being interrogated by the police.

Turkey's Justice Minister Abdülhamit Gül earlier said during a live interview in broadcaster A Haber that he had no information about a new warrant being issued.

The warrant came amid a heated diplomatic between Turkey and the U.S. over Friday's detention of a Turkish national working for the consulate over ties to the Gülenist Terror Group (FETÖ).

The U.S. Embassy in Ankara suspended all non-immigrant visa services in its diplomatic facilities in Turkey after the arrest of Topuz. Turkey responded in kind by cancelling all visa services for U.S. citizens.

The Turkish Foreign Ministry summoned U.S. Embassy Undersecretary Philip Kosnett Monday and asked for the reversal of the decision to suspend visa procedures for Turkish citizens, while calling for an immediate end to the dispute.

Diplomatic sources noted that Kosnett was summoned instead of Ambassador John Bass, who was out of the capital.

Meanwhile, Foreign Ministry Undersecretary Ümit Yalçın had a phone call with Ambassador Bass regarding the matter.