Turkey calls on Washington to respect due legal process 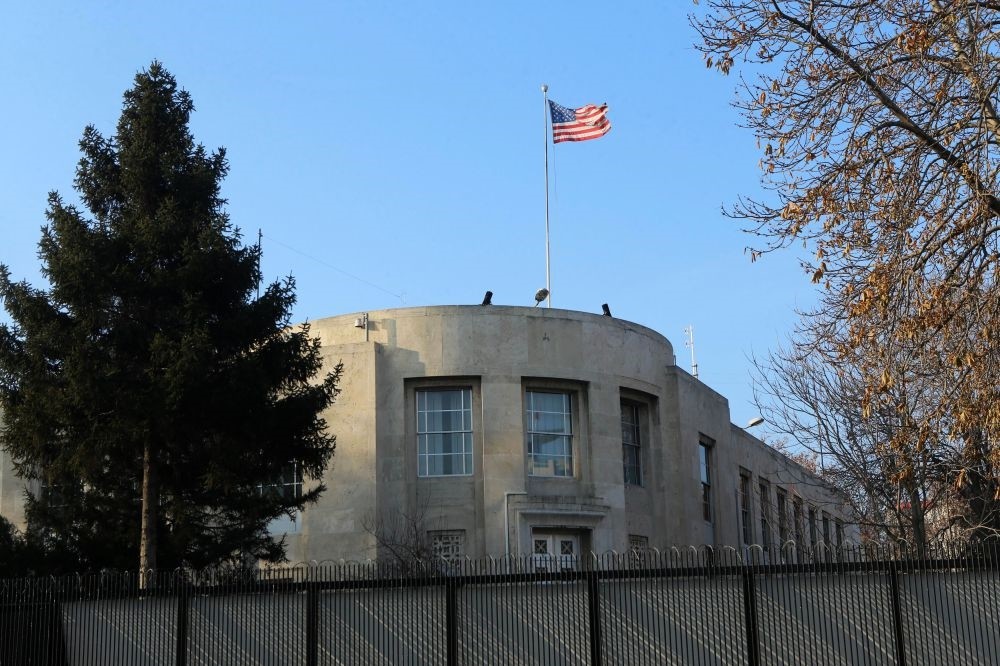 Turkey urged the United States yesterday to reverse a decision to halt the issuing of all regular visas at the American embassy in Ankara, and American consulates in the country in a row that risks a major crisis.
by Daily Sabah Oct 10, 2017 12:00 am

Ankara asked for the reversal of the U.S.' decision to suspend visa procedures for Turkish citizens while indicating that it is Turkey's right to try its citizens

Turkey called on U.S. authorities to respect due legal process in Turkey regarding a local U.S. Consulate staff member arrested last week. Speaking in a live televised interview Monday, Justice Minister Abdülhamit Gül said: "It is Turkey's right to try Turkish citizens. It is a process being carried out by the judiciary. Everyone must follow the process respectfully."

Stressing that judicial authorities are carrying out the case, Gül said he does not have knowledge of it. "Since the investigation is secret, I do not have any information regarding the content of it as the justice minister." Commenting on Washington's decision to halt all non-immigrant visa services in Turkey, Gül said he believes the U.S. will review its decision. "Our Foreign Ministry also carried out necessary work," he added. Responding to a question about U.S. ambassador to Ankara John Bass' statement that the Turkish government is after revenge, Gül said: "This definitely does not befit a diplomat. The government does its own job and so does the judiciary. No other institution can instruct the judiciary. The Turkish judiciary is independent."

Asserting that Ankara cannot accept such statements from the U.S. ambassador, the justice minister said the judiciary does its own work according to the Constitution.

Meanwhile, Turkish media outlets reported yesterday that Gül did not accept Bass's request to hold a meeting in light of the latest developments between the two countries.

A embassy statement said: "Recent events have forced the U.S. government to reassess the commitment of the Government of Turkey to the security of the U.S. Mission facilities and personnel."

"The addressee of the American Embassy is our Washington embassy. We are monitoring the process with a very rational approach," Justice and Development Party (AK Party) spokesman Mahir Ünal said yesterday regarding the issue.

"We cannot be silent while there are sanctions against us. We are people supporting their rights in their own region and need to effectively represent this cause politically, as well," Ünal added, indicating that everything aside, Turkey is a NATO ally and thus very careful about its relations with the U.S.

A former Turkish ambassador in Washington, Faruk Loğoğlu, also said that the U.S. decision will negatively affect students, those with illnesses and businessmen and that he thinks the decision contradicts human rights and the rule of law.

The Foreign Ministry also summoned U.S. Embassy Undersecretary Philip Kosnett yesterday and asked for the reversal of the decision to suspend visa procedures for Turkish citizens and called for an immediate end to the dispute.

Kosnett was summoned to the ministry and told Ankara expects the U.S. to reverse the decision to make sure that it does not cause further tension between the two countries and trouble for citizens.

Diplomatic sources said that Kosnett was summoned instead of Bass, who was out of the capital.

Meanwhile, Turkish authorities issued an arrest warrant Monday for another staff member working at the U.S. Consulate in Istanbul, whose wife and son are being interrogated and later detained by the police.

Broadcaster NTV said the suspect was still being sought by security officials. It gave no reason for the detention warrant. Turkish authorities had no immediate comment over the issue.

Speaking to journalists in Parliament, Engin Altay, deputy chairman of the CHP, called on the U.S. to behave sensibly over the visa issue.

"We are making a call of common sense over this issue. We are making the same call for the AK Party, the government, the president and the U.S.," he said.

Altay said the U.S. decision had hurt the Turkish nation's pride. He added: "This is the breaking point for Turkish-American relations."

Metin Topuz, a Turkish employee working in the U.S. Consulate in Istanbul, was arrested on charges of espionage and links to FETÖ, the group Ankara blames for the July 15, 2016 coup attempt that killed 249 people.

"The suspect acted as a liaison between the members of FETÖ and its leader, Fetullah Gülen, who lives in Pennsylvania," the indictment claims, asserting there is strong evidence to justify his arrest.* Contributed by Şeyma Nazlı Gürbüz