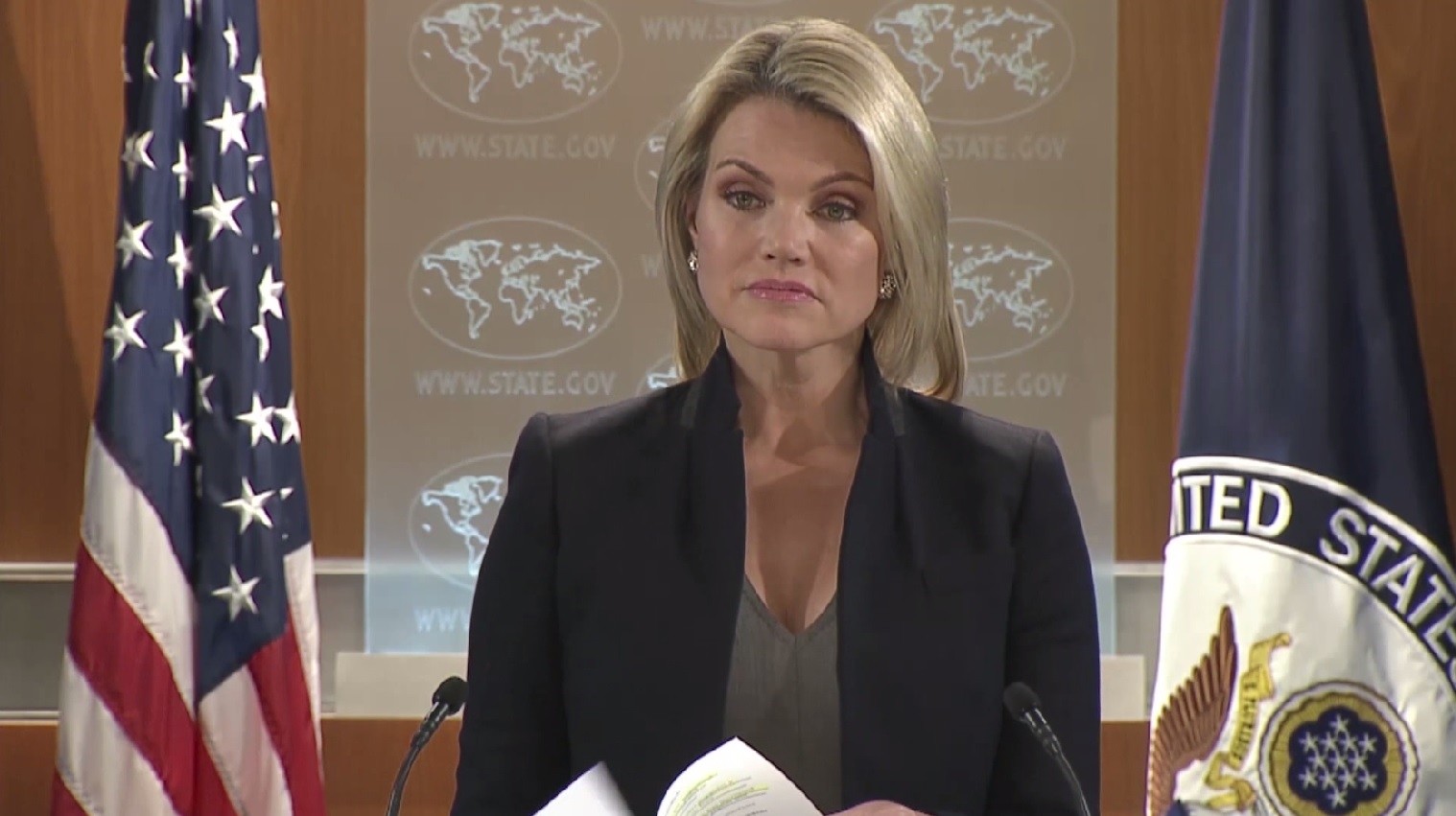 The decision of the United States' Embassy in Turkey to suspend non-immigrant visa services was not a 'unilateral' decision, it was taken in coordination with White House and the State Department, State Department spokeswoman Heather Nauert told reporters Tuesday.

The department said outgoing ambassador John Bass has their "full backing" on the matter and that he is one of the "best ambassadors" the U.S. has ever had.

Erdoğan had earlier asserted that Turkey would have 'nothing to discuss' with the U.S. if the Trump administration initiated the visa row, asking whether Bass made the decision without the prior approval of the state, as there had yet to be any official comment from Washington.

The U.S. is also "disappointed" about the arrest of its employees in Turkey, and has not seen sufficient evidence for their arrests, she said.

Nauert also said the ball is in Turkey's court to reduce tension between the two countries and added that it would be a good start if the detained Turkish staff members had access to attorneys.

The U.S. Embassy in Turkey on Sunday announced the suspension of non-immigration visas for Turkish nationals following the arrest of a Turkish employee at the U.S. consulate in Istanbul.

In a retaliatory move, Turkey's Washington Embassy also suspended non-immigrant visa services, saying, "Recent events have forced Turkish Government to reassess the commitment of the Government of the United States to the security of Turkish Mission facilities and personnel."

The employee, Metin Topuz, was arrested after Turkish authorities revealed the links he had with the Gülenist Terror Group (FETÖ), the group behind last year's defeated coup attempt in Turkey.

Topuz, a longstanding U.S. consulate employee and a Drug Enforcement Administration (DEA) agent at the Istanbul Bureau, was arrested last week after prosecutors discovered his alleged close contact with dozens of former police chiefs and officers jailed for links to FETÖ.

FETÖ is blamed for the July 15, 2016 coup attempt that killed 249 people across Turkey.

This is not the first time staff members at a U.S. mission have been in the limelight of the Turkish media for what reports call "dubious contact" with FETÖ-linked figures. Before Adil Öksüz, the alleged mastermind of the 2016 coup attempt, dumped his cellphone and disappeared after his controversial release, he received a call from an Istanbul telephone number. Someone from the U.S. Consulate called the former theology lecturer to inform him that his visa application had been canceled, according to the U.S. Embassy. It is not known whether it was Metin Topuz himself who called Öksüz.