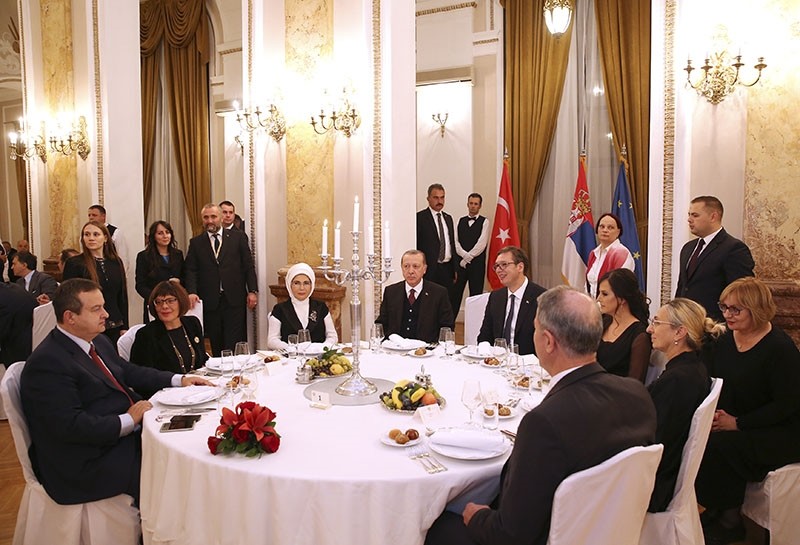 It turns out that Serbian Foreign Minister Ivica Dacic is gifted in an area other than his diplomatic skills: singing.

The footage of Dacic singing the Balkan folk song "Osman Aga" in Turkish at Tuesday's dinner held in President Recep Tayyip Erdoğan's honor in the Serbian capital Belgrade was regarded as a pleasant surprise.

The folk tune is well-known by many nationalities in the Balkans and Thrace and is sung in various languages.

In the footage, Erdoğan and his wife Emine Erdoğan, along with his Serbian counterpart Aleksandar Vucic and his wife Tamara Djukanovic, are seen singing along to Ducic and clapping their hands.

The dinner was also attended by Turkish Chief of Staff Gen. Hulusi Akar.

Ties between Turkey and Serbia have greatly improved in recent years with increased cooperation in areas such as tourism and finance.

Erdoğan arrived in Belgrade on Monday for a visit that saw a bilateral free trade agreement and twelve other agreements signed between the two countries.