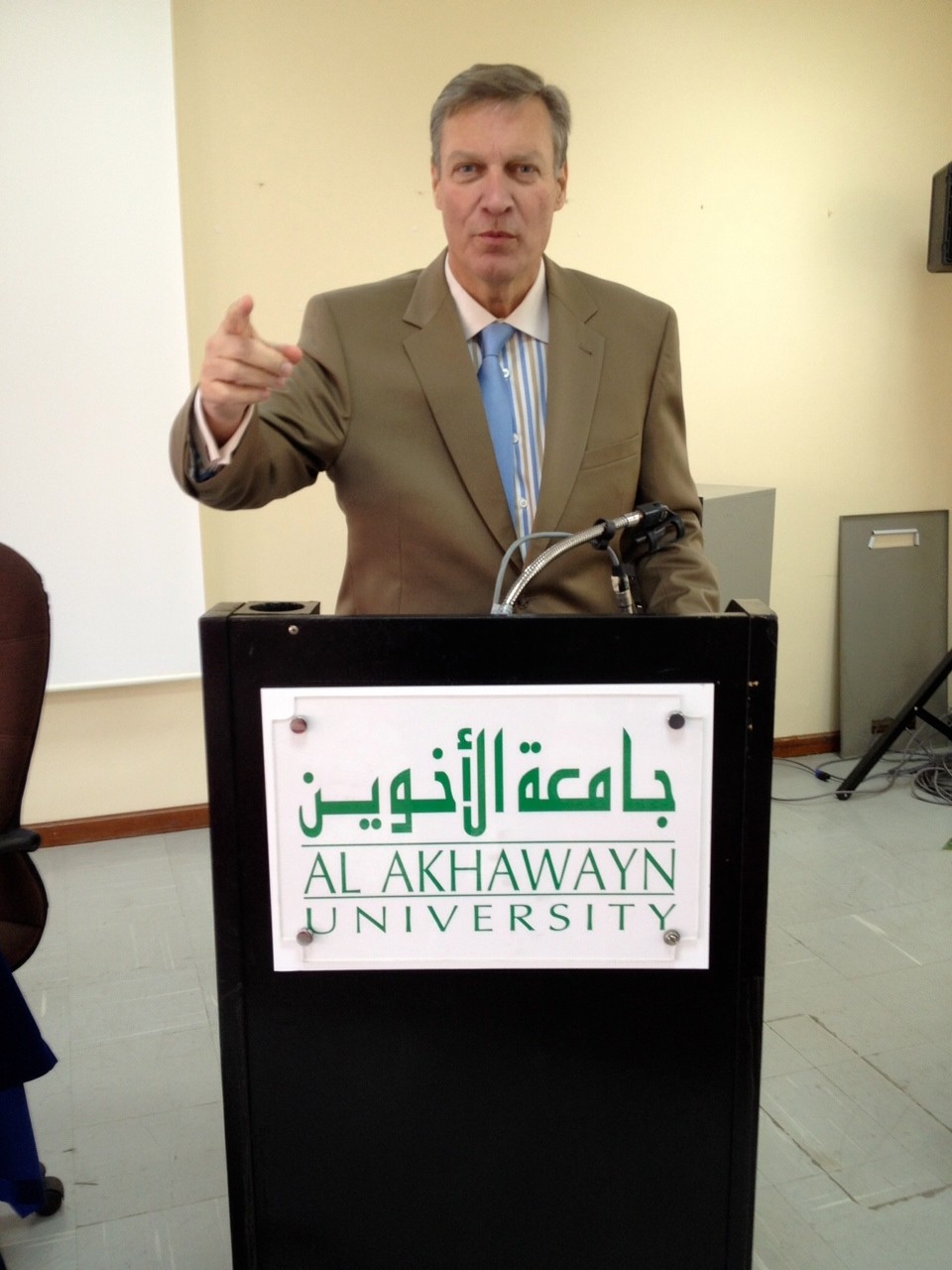 In an article titled 'U.S. in grave danger of losing friendship, influence in Turkey,' Malloch said Bass had exceeded his authority and appeared to want "to destroy what took 70-odd years to build."

"Turkey is a friend, a trading partner and a close military and intelligence partner. The bilateral [meetings] between the two world leaders have gone relatively well, as recently as their time at the United Nations just weeks ago," Malloch said, adding that the two countries needed each other.

The American author went on to say that the U.S. failed to meet Turkey's "reasonable" demand, which was to extradite Fethullah Gülen, the leader of Gülenist Terror Group (FETÖ)responsible for the failed coup attempt last year that killed 249 and injured more than 2,000.

He added that if the roles were switched around, however, the situation with the extradition would play out differently.

"Turkey has a treaty with the U.S. and has itself extradited numerous assailants to the U.S. over the years. If Turkey harbored a terrorist who tried to overthrow the legitimately elected government of the United States, would we demand his head? You bet ya!" Malloch said.

Malloch argued that Bass' personal dislike of President Recep Tayyip Erdoğan and the ruling Justice and Development Party (AK Party) was the reason behind the "horrible fallout." He accused "Obama loyalist" Bass of trying to get in the way of U.S. President Donald Trump's foreign policy and pushing Ankara closer to Russia and Iran.

"The harm done to trade, investment and tourism is potentially irreparable," Malloch said.

He added that Turkey was a crucial ally, citing the ongoing fight against Daesh terrorist group and strategic importance of the Incirlik air base.

Malloch concluded his article by urging Trump to resolve the matter personally and "to offer to work to extradite Gülen soon, close down his terror network and expose its doings." He also called on Trump to act to avoid a diplomatic war with Ankara.

Metin Topuz, a longstanding U.S. consulate employee and a Drug Enforcement Administration (DEA) agent at the Istanbul Bureau, was arrested last week over alleged ties to the FETÖ.

Following the arrest, the U.S. Embassy in Ankara said that all non-immigrant visa services in its diplomatic facilities in Turkey were suspended after the arrest of Topuz.

Turkey retaliated by saying it has halted processing visa applications from the U.S. The move, announced online by the Turkish embassy in Washington, applies to visas in passports, electronic visas and visas at the borders, and is also effective immediately.