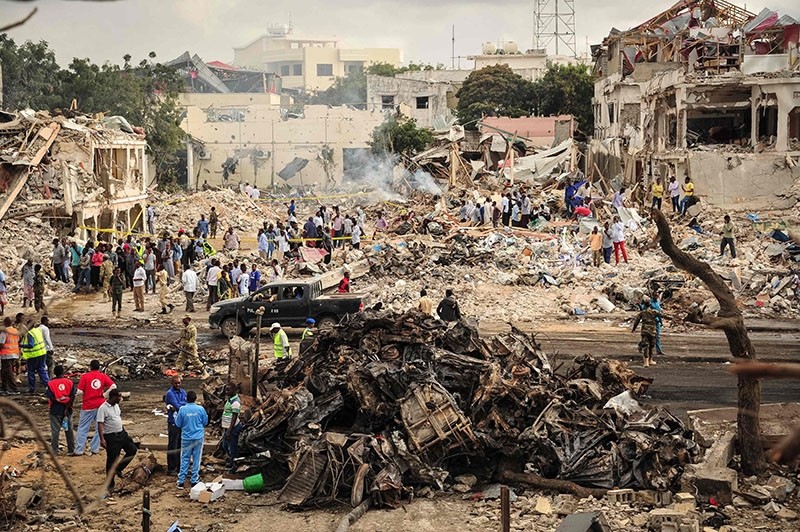 "Turkey will continue to stand in solidarity with the government and people of Somalia against terrorism" Erdoğan said, adding that he has giving instructions to provide air ambulances, medical supplies and to bring the wounded people to Turkey to receive medical treatment.

Yıldırım expressed his condolences and sent messages of support to Somalia.

Simultaneous blasts hit the Horn of Africa nation Saturday, leaving at least 231 dead and over 275 injured in one of Mogadishu's busiest districts.

Although no group claimed responsibility for the bombing, Somali government officials believe it was carried out by al-Qaida affiliated al-Shabab terrorists.