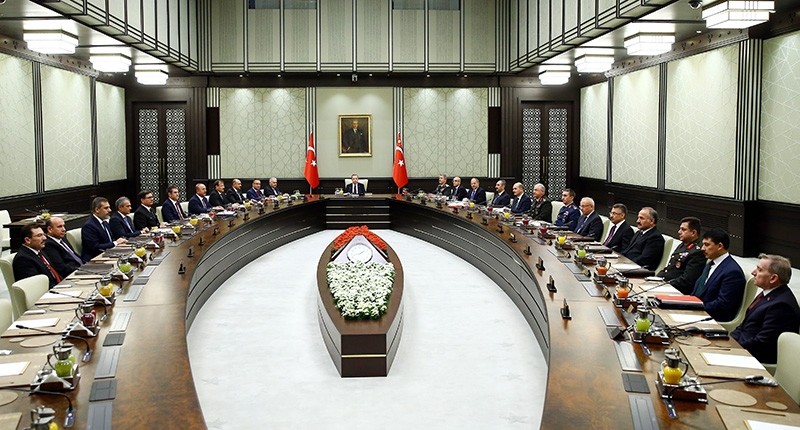 The statement noted that MGK also suggests handing over the Ibrahim Halil Gate, which is across from Habur gate in Turkey, to the Iraqi central government.

The meeting discussed the illegal referendum held by KRG in northern Iraq in September, as well as the necessary precautions that need to be taken in its aftermath.

"Turkey's sensitivity and expectation regarding the central Iraqi government's operation for reinstitution of Kirkuk's demographic structure, which has recently been degenerating, in line with the city's historical heritage, has been highlighted once again" the statement said.

The meeting also touched upon the extension of the state of emergency for the fight against terror groups, including the Gülenist Terror Group (FETÖ), Daesh and PKK to ensure safety and security of the country.

Following the last MGK meeting that took place on Sept. 22, Ankara had announced its decisions in relation to the KRG's referendum, stressing that the referendum was illegal and unacceptable.

Ankara underlined that the diverse structure of Iraq could only be sustained with territorial integrity and that it was inevitable that this referendum would cause grave results for the region. If the KRG pushes forward with its decision, Turkey announced that it will keep its rights reserved ensuing bilateral and international agreements.