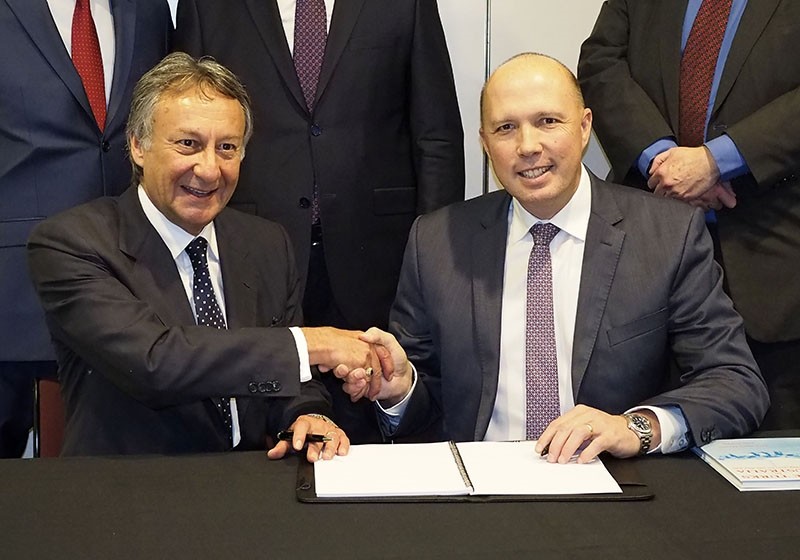 On the 50th anniversary of diplomatic ties between Australia and Turkey, Australian Immigration Minister Peter Dutton took time to express appreciation for the Turkish community.

Speaking at a parliamentary ceremony in Canberra to commemorate the anniversary, Dutton said the day was a chance to "recognize the fact that there is a very bright future for the relationship."

"We have now got a community here of 150,000 people who have immersed in society in business and academia, people who are working hard to make a great contribution to modern society," Dutton said, referring to ethnic Turks.

"We are very pleased to be here with the ambassador and other dignitaries of the Turkish community here in Australia to celebrate such a milestone."

On Oct. 5, 1967, the two countries struck a deal allowing assisted migration for Turks to live and work in Australia. At Tuesday's ceremony, Dutton and Turkey's Australian Ambassador Ahmet Vakur Gökdenizler signed a copy of the treaty to symbolize ongoing commitment.

However, the two nations have ties going back to World War I, when Ottoman and Australian troops faced each other from trenches in the Gallipoli campaign.

The battle is marked as a milestone in nationhood for both countries and every year thousands of Australians travel to Turkey to commemorate their war dead.