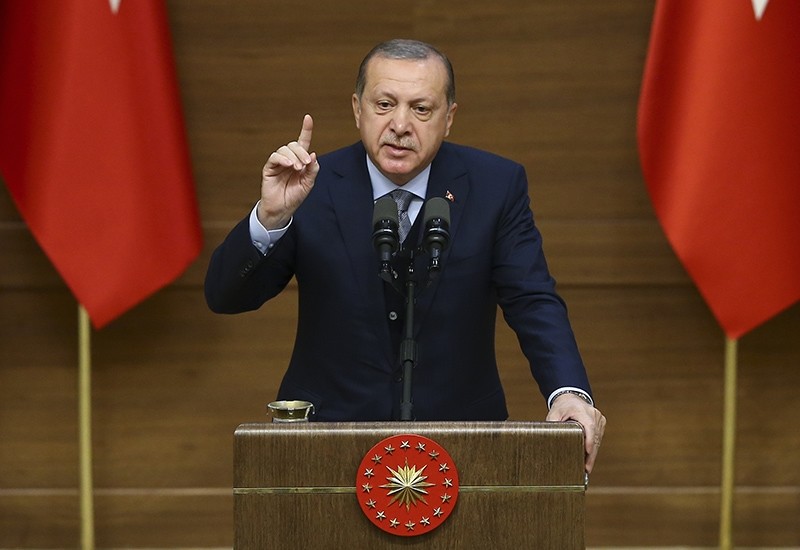 Erdoğan said the KRG leadership was responsible for the region's isolation.

"For years we have been working well with the KRG leadership. They were financially strapped, [and] told us, 'We cannot pay civil servants' wages.' They wanted a loan from us, and we provided a substantial loan. Why is Turkey closing the border gate today? The KRG should answer this [question]. We did not create this problem, they did," Erdoğan said.

He added that the KRG's opportunist leadership acted hysterically and hurriedly, and will eventually be called to account for it.

According to Erdoğan, the KRG sought to incorporate Kirkuk while having no historic right to do so, adding that Turkey will not put up with the presence of terrorist groups in the area.

"We will not turn a blind eye to those who open the area to a group with bloody hands like the PKK. We will not allow the PKK, Daesh [in Iraq] and YPG in Syria to use the authority in a safe area. When the time comes, one night we will come to you suddenly and will do what we have to. Have we done it in Idlib? We have," Erdoğan said.

The KRG, led by Masoud Barzani, held a controversial independence referendum Sept. 25, despite widespread criticism from regional powers, the Iraqi central government, the U.S., Russia and the EU. The referendum was held not only in the KRG territories, but also areas that were under its control, including Kirkuk.