I cannot call US 'civilized' after it issued arrest warrants for Turkish guards, Erdoğan says 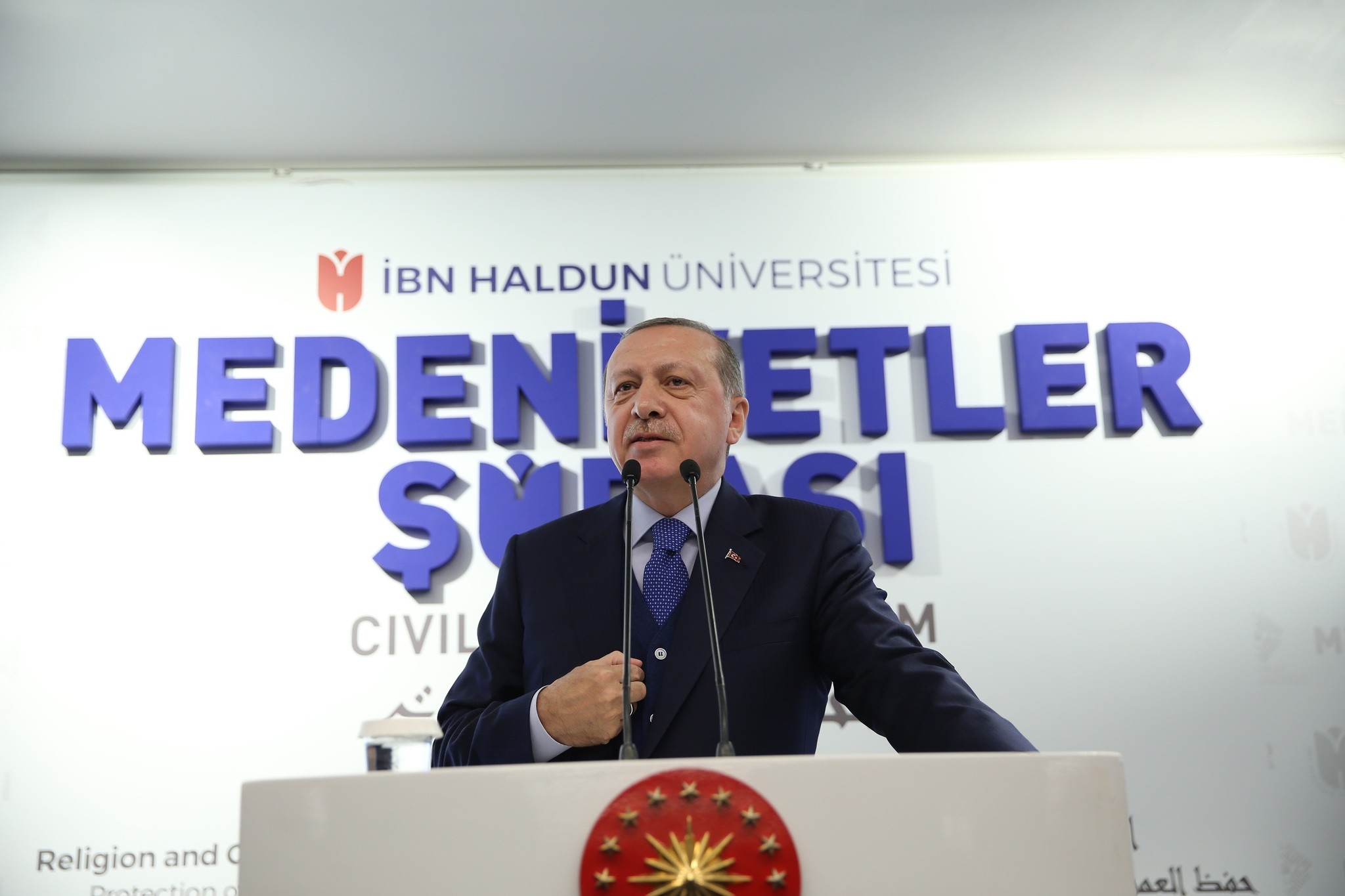 President Recep Tayyip Erdoğan said Saturday that he cannot describe the U.S. as a civilized country after Washington issued detention warrants in absentia for 13 of his security guards in a brawl outside the Turkish embassy during his visit to the country in May.

"If arrest warrants are issued for my 13 bodyguards in a country where I went upon invitation, I'm sorry, but I cannot say that country is civilized," Erdoğan said at the Civilizations Forum at Ibn Haldun University in Istanbul.

A grand jury in June indicted 19 people, 15 of which were Turkish security officials, in connection with the incident in Washington between protesters and Erdoğan's security personnel.

"Muslims in America are facing expulsion so it means there is a problem in the country," he said.

They were designated because they have either not met higher screening and information sharing requirements or present what officials call sufficient risk factors.

This latest attempt to curtail immigration to the U.S. was dealt a legal setback after a Hawaii judge ruled Tuesday that it suffers from the same legal deficiencies as his previous directives.

The ban was set to go into effect within hours when U.S. District Judge Derrick Watson said in his ruling that Trump's latest executive order "suffers from precisely the same maladies as its predecessor".