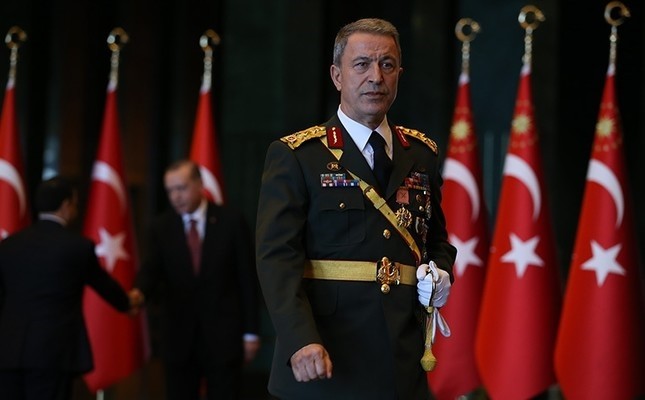 Turkish Chief of Staff Hulusi Akar is seen at the Beu015ftepe Presidential Complex in Ankara during a reception held by President Erdou011fan. (AA Photo)
by Daily Sabah Oct 22, 2017 12:00 am

Turkey's Chief of Staff Hulusi Akar has departed to Washington D.C. to attend an international meeting on counter terrorism organized by NATO and hosted by the U.S. Department of Defense late Sunday.

The military chiefs of 43 countries including U.S. Chief of Staff Joe Dunford attended the meeting focusing on global strategy to defeat terror.

"Meetings like this have been more regionally focused in the past, but the nature of the violent extremism threat is transregional, and its effects in one often are felt in others," Dunford said at the beginning of the conference.