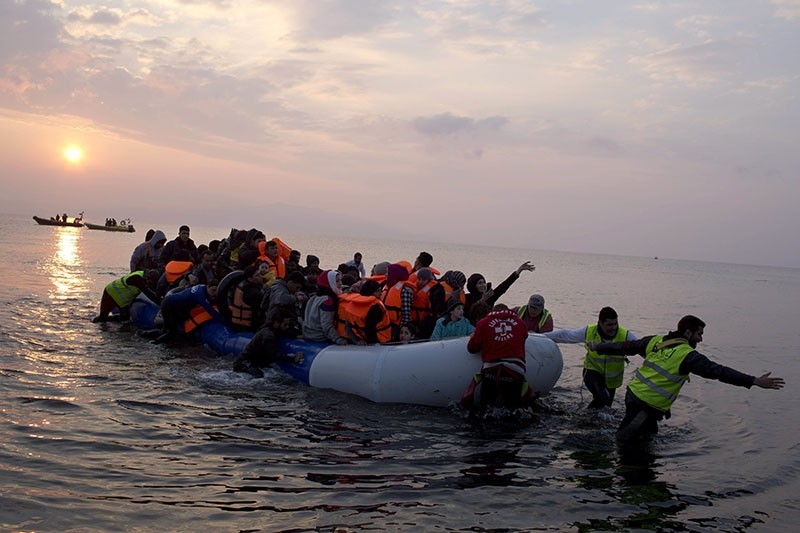 The foreign ministers of Turkey and Greece met Tuesday in the Turkish capital of Ankara amid an increase in the number of migrants illegally entering Greece from Turkey.

The U.N. reported an increase in migrant arrivals, with September marking the highest monthly record since March 2016, when the European Union and Turkey stuck a deal to restrict the flow of migrants into Europe.

Turkey is both a transit and final destination for migrants, particularly from Syria, Afghanistan, Pakistan, Iran, Iraq, Congo, Bangladesh, Somalia and Palestinian territories.

The deal signed between Turkey and the EU in 2016 brought tighter patrolling of the Aegean Sea against illegal immigration and regulated the resettlement of Syrian refugees from Turkey into Europe.

The talks between Turkey's Mevlut Çavuşoğlu and Nikos Kotzias of Greece also come amid tension over Greek courts' decision not to extradite eight Turkish officers whom Turkey accuses of involvement in last year's failed coup. The decision sparked strong protests from Ankara.

Greece and Turkey are NATO allies but have long-standing disputes, including Aegean Sea boundaries, undersea exploration rights and the war-divided island of Cyprus.